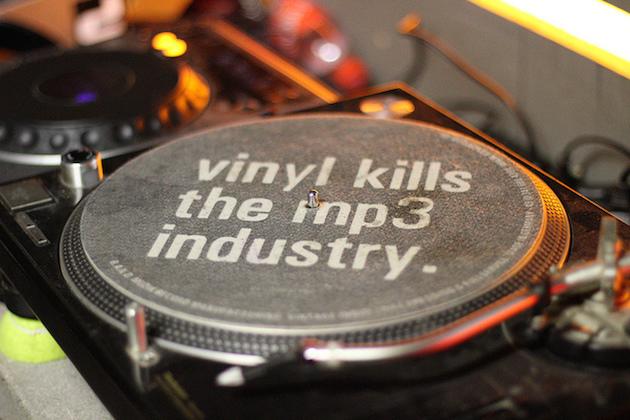 Need even more proof that vinyl is more than just a passing fad for the Pabst Blue Ribbon crowd? Here goes: While digital album and song sales continued their downward spiral, record sales have more than doubled since last year. All this is according to Nielsen Soundscan, which reports that the 9.2 million wax tally is the highest since it started tracking sales in 1991. For context, however, digital sales still bested physical by a massive margin (CDs weren't broken out, according to The Wall Street Journal), with 106.5 million albums downloaded in 2014. Meanwhile, individual song sales dipped 12 percent compared to 2013.

Streaming services, on the other hand, vaulted with 164 billion songs streamed last year, a 54 percent increase over 2013. As WSJ notes, though, the music industry will likely need to see even bigger gains if it continues to lean on streaming to make up for lost album sales -- especially considering Pharell's measly payout for one of 2014's biggest songs. That, or more artists could follow Taylor Swift's lead and pull their music from streaming services entirely: 1989 topped the charts with 3.66 million copies sold.

In this article: hdpostcross, mp3, music, Nielsen, records, soundscan, streaming, StreamingMusic, vinyl
All products recommended by Engadget are selected by our editorial team, independent of our parent company. Some of our stories include affiliate links. If you buy something through one of these links, we may earn an affiliate commission.