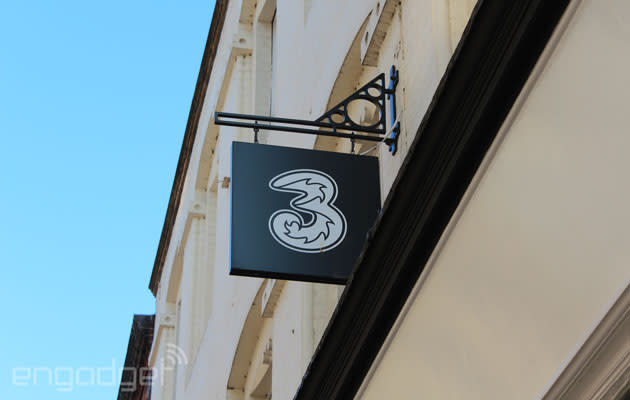 When BT finally confirmed its intention to buy a UK carrier, the company said it had two carriers in its crosshairs: EE and O2. The telecoms giant eventually chose EE and is currently in the process of completing a £12.5 billion acquisition, but Telefonica-owned O2 has quietly become the subject of interest from Three UK owner Hutchison Whampoa. According to The Sunday Times, the UK mobile market could quite soon shrink from four major operators to just three, after talks between the two companies reportedly progressed to a point where Hutchison Whampoa is ready to make a £9 billion bid for Britain's second-biggest carrier.

According to the newspaper, talks are at an early stage, but Hong Kong-based Hutchison has already brought in investment bank UBS AG to explore a potential takeover. It wouldn't be the first time the two companies have talked takeovers, either: Three owns O2 Ireland, after it acquired the carrier for €780 million in June 2013. If a deal was to be reached, Three and O2's combined subscriber base would make it the biggest carrier in the UK. That wouldn't only provide real food for thought for BT and EE, it could also leave Vodafone fighting new rivals on two fronts.

In this article: acquisition, hutchison whampoa, merger, mobilepostcross, o2, uk-feature, vodafone
All products recommended by Engadget are selected by our editorial team, independent of our parent company. Some of our stories include affiliate links. If you buy something through one of these links, we may earn an affiliate commission.