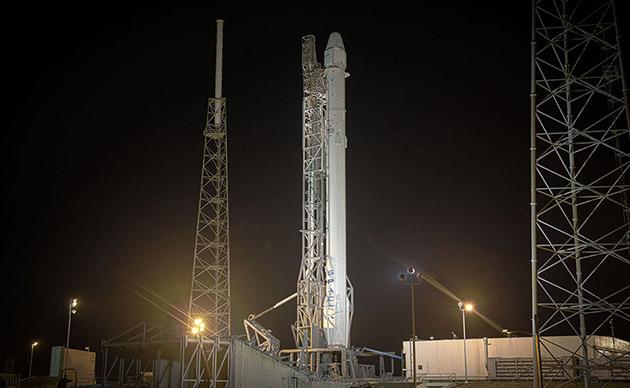 SpaceX and the US Air Force have reached an agreement regarding a lawsuit filed by the former, but really, it's more of a victory for Elon Musk's company. What lawsuit, you ask? It's the one the commercial space company filed against the Air Force for not giving it a chance to bid for rocket launches meant for the military's Evolved Expendable Launch Vehicle (EELV) program. Musk even accused an Air Force official of being bribed with a vice presidential position that led to awarding United Launch Alliance, a joint venture between Boeing and Lockheed Martin, a sole contract. Now, the Pentagon has agreed to improve "the competitive landscape" for "national security space launches," which is good news not only for SpaceX, but also for its rivals.

Under the terms of the settlement, SpaceX will have to drop those charges mentioned above against the military branch. In exchange, the Air Force will add more launches that other companies can compete for on top of the ones meant to be fulfilled by the ULA. Also, the military branch has promised to work with SpaceX in getting the company certified as soon as possible to give it power to bid for and fulfill a government contract. Earlier this month, there were reports that the company has already met over 80 percent of Pentagon's requirements, though it might have to wait until mid-2015 to be fully certified -- it's unclear if this agreement will speed up the process. The EELV program, by the way, aims to keep government launches affordable, so that military satellites and other payload can be sent to space at low costs.

The Air Force and SpaceX have reached agreement on a path forward for the Evolved Expendable Launch Vehicle (EELV) program that improves the competitive landscape and achieves mission assurance for national security space launches. Under the agreement, the Air Force will work collaboratively with SpaceX to complete the certification process in an efficient and expedient manner. This collaborative effort will inform the SECAF directed review of the new entrant certification process. The Air Force also has expanded the number of competitive opportunities for launch services under the EELV program while honoring existing contractual obligations. Going forward, the Air Force will conduct competitions consistent with the emergence of multiple certified providers. Per the settlement, SpaceX will dismiss its claims relating to the EELV block buy contract pending in the United States Court of Federal Claims.

In this article: airforce, falcon9, government, military, rocket, space, spacex
All products recommended by Engadget are selected by our editorial team, independent of our parent company. Some of our stories include affiliate links. If you buy something through one of these links, we may earn an affiliate commission.