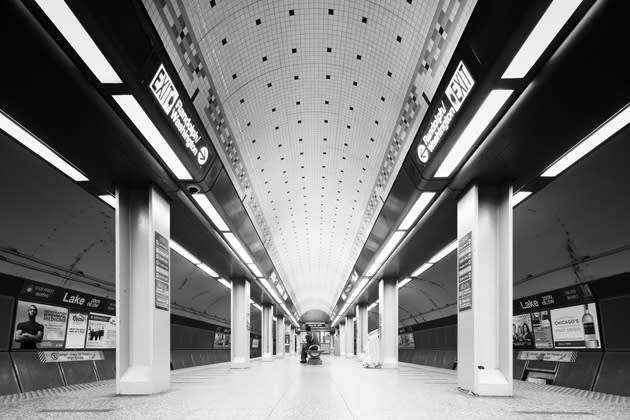 Just because you have cellular service in the subway doesn't mean you have good service -- in many cases, your data goes in the dumps when your train ventures underground. That won't be a problem in Chicago for much longer, though. The city has reached a deal with AT&T, Sprint, T-Mobile and Verizon that will have the carriers paying to bring LTE data to Chi-town's subway tunnels. When the upgrade is complete sometime later this year, you should have fast internet access all the way from O'Hare Airport to the Blue and Red Lines downtown. This upgrade was ultimately necessary given that wireless networks are preparing for a future where everything goes through LTE, but it's good to know that you'll soon have an easy time streaming music on the way home from a Cubs game.

In this article: att, cellphone, chicago, data, lte, masstransit, mobilepostcross, smartphone, sprint, subway, t-mobile, train, transportation, verizon, wireless
All products recommended by Engadget are selected by our editorial team, independent of our parent company. Some of our stories include affiliate links. If you buy something through one of these links, we may earn an affiliate commission.