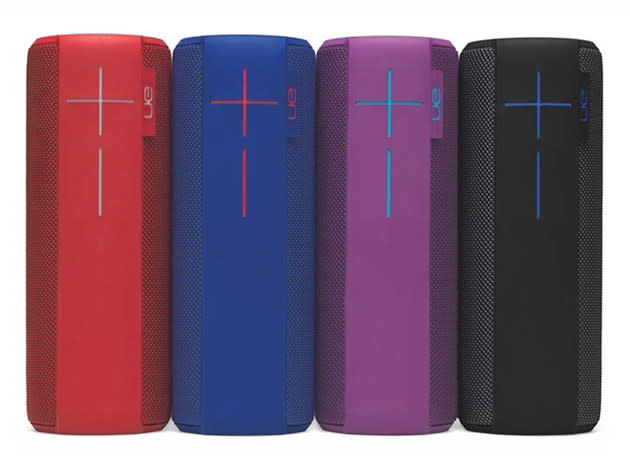 We've been fond of the UE Boom since its arrival in 2013 and I've personally logged dozens of hours biking to its respectable 360-degree audio output. There is, however, only so much sound you can pump out of such a small speaker and Ultimate Ears decided to increase the volume (and size) this year with its new UE Megaboom. This larger model has the same feature set as its predecessor, but the Bluetooth range has been bumped up to 100 feet, the battery life is now rated for up to 20 hours and it's waterproof, just in case the party gets messy. As before, you can pair two of the speakers using the Megaboom app for stereo sound. Like what your hearing so far? Ultimate Ears has been kind enough to provide one of these big beat boxes (err, cylinders) for two Engadget readers this week. All you need to do is head to the Rafflecopter widget below for up to three chances at winning one of these party rocking speakers.

In this article: bluetooth speaker, contest, engadget giveaway, giveaway, logitech, portable audio, ue boom, ue megaboom, ultimate ears
All products recommended by Engadget are selected by our editorial team, independent of our parent company. Some of our stories include affiliate links. If you buy something through one of these links, we may earn an affiliate commission.