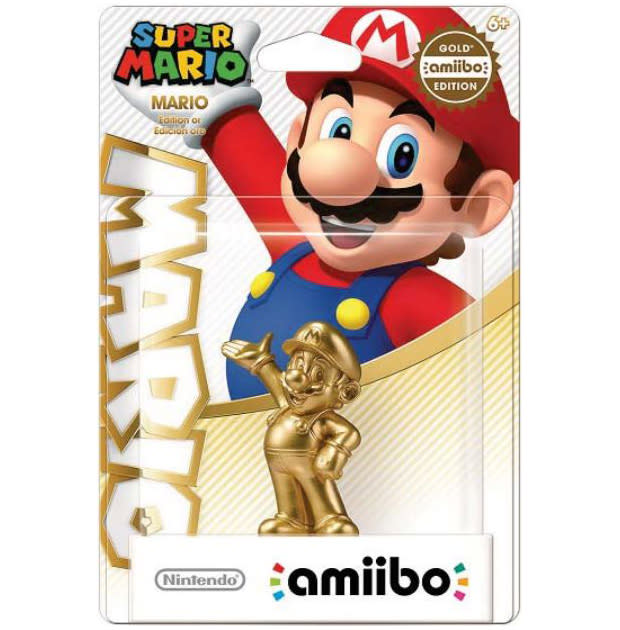 You might want to make some more room on your shelves, Amiibo fans. Nintendo is apparently working on some gold and silver variants of its popular Mario Amiibo figurines, which can be used together with the Wii U and the new 3DS. At this point though, it's unclear when you'll actually be able to get your hands on them. An eagle-eyed NeoGAF poster dug up the furtive figurines on Nintendo's site, but it looks like the box art is all the info we've got so far. We've asked Nintendo what's up, but for now you can start prepping your riot gear to ensure you make it out of the store alive when the bloodbath for these toys begins. Nintendo's already sold more than 2.6 million Amiibo, and the demand doesn't appear to be stopping anytime soon. In this article: Amiibo, Mario Amiibo, nintendo
All products recommended by Engadget are selected by our editorial team, independent of our parent company. Some of our stories include affiliate links. If you buy something through one of these links, we may earn an affiliate commission.