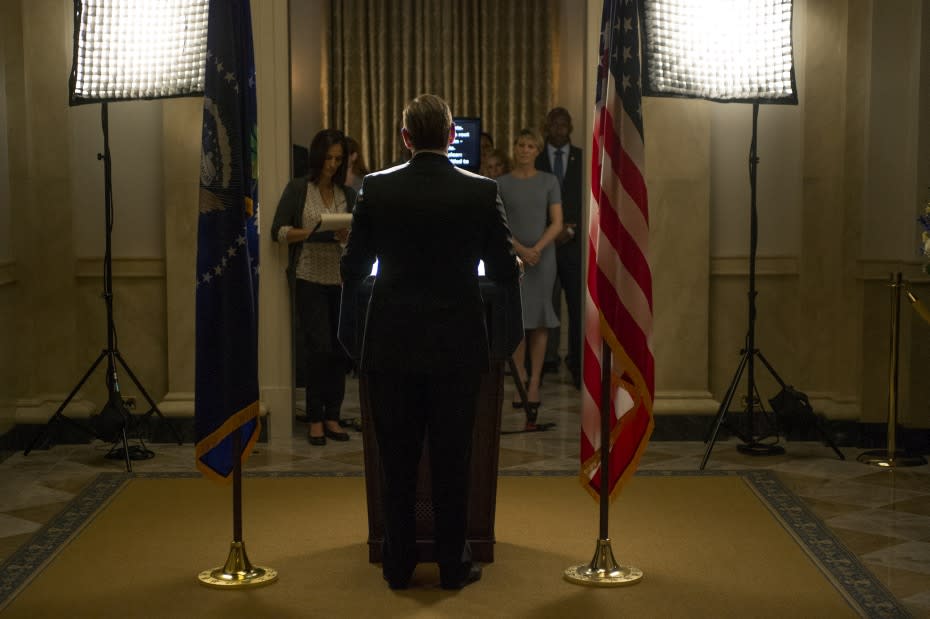 It's almost time. This week the third season of House of Cards will come to Netflix streaming, and based on the early peek we got courtesy of a glitch, it's pretty good. As usual you can expect it at about 3AM ET on Friday morning, along with a new stand-up comedy special from Ralphie May. Until then however, there's plenty of other choices, like the award-winning Edward Snowden documentary Citizenfour, which premieres tonight on HBO at 9PM. On Blu-ray Big Hero 6, Beyond the Lights and Whiplash bring excellent options with Oscars credibility, while on TV we have the series finale of Parks & Recreation. Look after the break to check out each day's highlights, including trailers and let us know what you think (or what we missed).

In this article: citizenfour, hdpostcross, HouseofCards, listings, mustseehdtv, video
All products recommended by Engadget are selected by our editorial team, independent of our parent company. Some of our stories include affiliate links. If you buy something through one of these links, we may earn an affiliate commission.