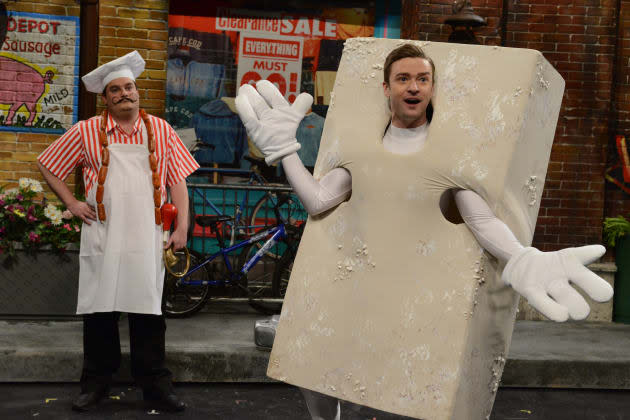 Standalone streaming apps continue to surface, and it looks like NBC has one in the works just for comedy-loving cord cutters. According to a Wall Street Journal report, the network is building a subscription service in hopes of reaching younger viewers. The streaming option will serve up comedy content, like full episodes of Saturday Night Live and The Tonight Show with Jimmy Fallon, in addition to a library of outside material. There's said to be original series in the works, as well as "exclusive content" from the stars of its shows. What about pricing? Well, the report indicates that NBCUniversal is looking at a monthly rate between $2.50 and $3.50. WSJ says that NBC also considered genre-specific services for family, faith and horror, but at the moment, comedy is the sole focus.

While a narrowed scope may come as a surprise, the decision by NBCUniversal to craft a standalone service certainly isn't. CBS launched its All Access option, complete with live TV in select cities, for $6 a month back in October. With HBO's option on the way, and others rumored, it makes sense that NBC would join the fray, too. When it arrives, though, it's sure to dampen Yahoo's exclusive rights to SNL clips.

In this article: comedy, hdpostcross, jimmyfallon, nbc, nbcuniversal, satrudaynightlive, snl, streaming, streamingservice, subscription, television, thetonightshow, tv
All products recommended by Engadget are selected by our editorial team, independent of our parent company. Some of our stories include affiliate links. If you buy something through one of these links, we may earn an affiliate commission.