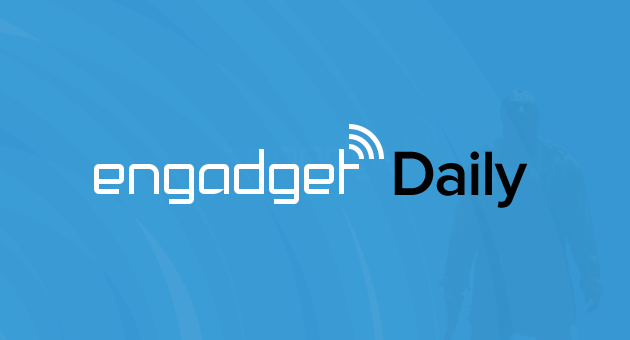 Why is Valve getting involved in virtual reality, making Steam Machines or releasing the Source game engine for free? It's all for Steam! Meanwhile, a Google Apps domain registration bug exposed personal details for nearly 300,000 users and we tried to love Monster Hunter and failed. Get the details on these stories and more past the break.

Everything Valve does is because of Steam According to a cadre of Cisco security researchers (via Ars Technica), a Google Apps bug inadvertently caused nearly 283,000 WHOIS registration records - which can include the domain owner's name, address and other contact information - to be made public even though those owners expressly wanted that data to stay private. Erm, oops.

I tried and failed to love a 'Monster Hunter' game It was roughly two months ago that I received a midnight email from our gaming editor Ben Gilbert. The subject: "Review Code - Monster Hunter 4 Ultimate for 3DS." The email: "Assuming you want this?" I didn't. Sure, I'd played an older Monster Hunter on the Wii a few years back, but I gave up 15 hours in, shortly after the grueling tutorials ended. I've always felt like I should be into the series, though. I'm into RPGs; I'm into grinding. I use up the precious few vacation days I have crawling through Persona Q's dungeons or leveling up familiars. So I decided to offer up 100 hours of my free time to see if I could learn to love Monster Hunter. I tried so hard to love it.

The world's biggest mobile tech show has just finished. You were probably poring over all those new big-screened smartphones, but you still remember what came before those all-screen oblongs, right? When was the last time you saw a flip phone being used? Not a Nokia clamshell buried away in a drawer, or a Motorola RAZR dusted off by an older relative who charges it once a month, but in a train station, at a bar - in public. For me, it was a few hours ago. I live in Japan, and people here still carry a torch for the feature phone.

Apple's new range of MacBooks have something particularly new inside them: the Force Touch trackpad. No longer hinged like previous Apple laptops, the new touchpad houses a "Haptic Engine", outputting tactile feedback that will let you "feel" what's happening on-screen. iFixit's taken a closer look at how Apple did it, and while the trackpad is no longer hinged, there are now four spring mounts underneath. That haptic engine? A load of wires coiled around a magnetic core, which makes that all important vibrational feedback.

NASA proves that Jupiter's biggest moon is hiding an ocean NASA has long suspected that Jupiter's biggest moon, Ganymede, has a subsurface ocean, but that's hard to prove when it's in the outer solar system. Now, a team of scientists has found a way to provide evidence that an ocean does exist underneath its ice crust using the Hubble telescope.

Well, this is awkward: The big winner of this year's GIFY awards is apparently from 2012. How do we know that? It's written on the wall, of course. While President Obama skateboarding across the stage at the Nuclear Security Summit in Seoul from three years ago is plenty funny, it isn't exactly new as The Next Web notes.

In this article: engadget daily, feature phone, Google Apps, Monster Hunter, privacy, STEAM, valve
All products recommended by Engadget are selected by our editorial team, independent of our parent company. Some of our stories include affiliate links. If you buy something through one of these links, we may earn an affiliate commission.