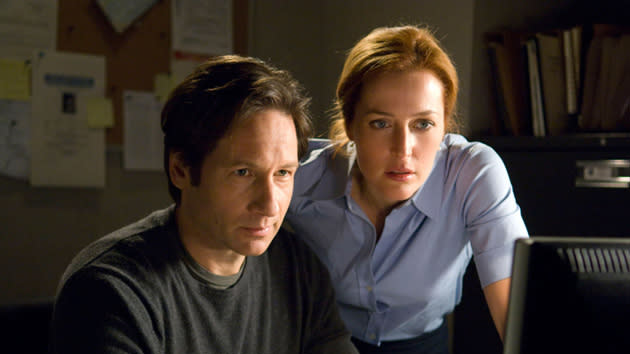 Yep, it's happening -- if not quite in the way you might expect. After a flurry of rumors, Fox has confirmed that it's bringing The X-Files back to TV as a six-episode "event series" arriving this summer. It won't be the full-on relaunch some fans were hoping for, then. However, show creator Chris Carter will once again take the reins, and both David Duchovny and Gillian Anderson will reprise their signature roles as paranormal investigators Fox Mulder and Dana Scully. It's not clear what prompted the return to TV after a 13-year hiatus, although it wouldn't be shocking if actor Kumail Nanjiani's X-Files Files podcast helped rekindle interest in the show. For us, the real question is whether or not it'll be as good as the original run. Carter thrived while X-Files and Millennium were on the air, but his 21st-century projects haven't had as much success.

In this article: chriscarter, DavidDuchovny, fox, GillianAnderson, hdpostcross, television, tv, x-files
All products recommended by Engadget are selected by our editorial team, independent of our parent company. Some of our stories include affiliate links. If you buy something through one of these links, we may earn an affiliate commission.