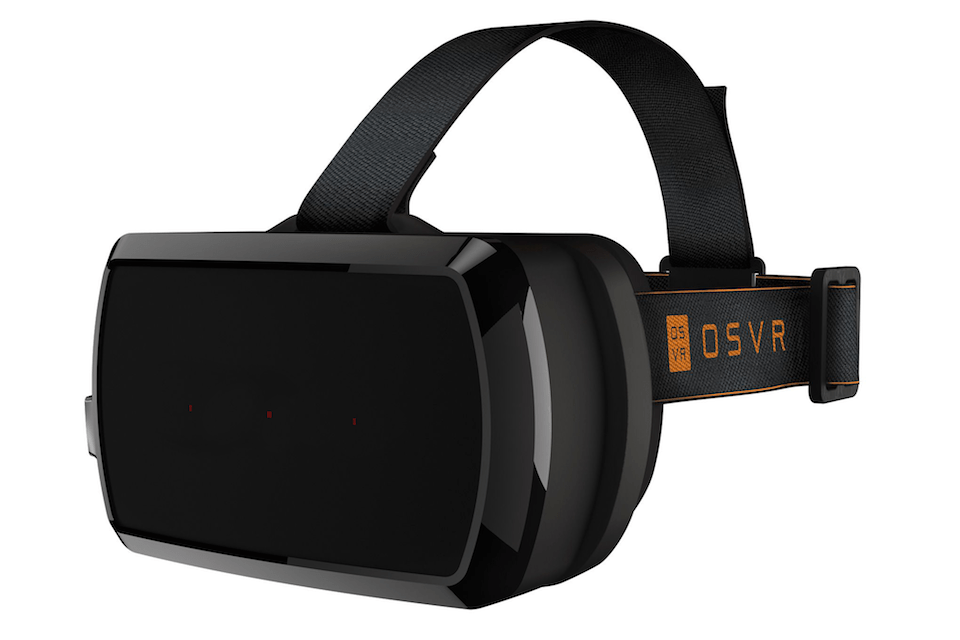 The holy grail of virtual reality is presence; that feeling that you're truly there in that virtual world. That's why it was great when Leap Motion announced that it would be making a VR mount a few months ago -- manipulating objects with your hands is just so much more immersive than using a game controller. But in order to use it, you would already need to have a VR headset plus you'd need to get the Leap Motion sensor separately, which isn't exactly ideal. Now, however, you don't need to: Leap Motion has just announced that it's collaborating with Razer's OSVR to build a VR headset with the Leap Motion sensors built right in.

It'll be available as an optional faceplate in OSVR's hardware developer kit to start -- you can still get the OSVR without the Leap Motion sensors if you want. But, in my mind, you'd definitely want it all in one package. In a brief demo of a prototype model, I was able to push virtual buttons and slide around virtual volume controls simply with a tap and a swipe of my hands, no controller required. It actually looks and feels very much like our earlier demo of the Leap Motion used with the Oculus Rift, except now it's all in one unit. Leap Motion says that the bundle makes it easier for devs because they only need to code for a single platform, while consumers will get the benefit of a more seamless experience.

OSVR is just the first step. Leap Motion tells me that they're working on embedding their sensors in even more VR headsets going forward. The company definitely believes that Leap Motion and VR are a natural fit. Michael Buckwald, Leap Motion's CEO and co-founder, says that the moment most people wear a VR headset, they want to reach out and touch their surroundings. "Using your hands is not only the most natural method," he says, "it's also the most intuitive." David Holz, Leap Motion's CTO and other co-founder, adds that he loves the feeling of connectedness it gives. "I love that feeling of 'Wow, my hand is in the computer.' When that happens, there's connection and magic."

It'll be awhile before we see these sensors in consumer VR headsets. If you're keen on getting started however, be on the lookout for a pre-order page for the OSVR kit starting in May, with the earliest shipping slated for June.

In this article: gaming, gear, leapmotion, mobile, osvr, razer, timeline16vrgear, wearables
All products recommended by Engadget are selected by our editorial team, independent of our parent company. Some of our stories include affiliate links. If you buy something through one of these links, we may earn an affiliate commission.