What's coming to Netflix in December: 'The Witcher' and 'Lost in Space'

What's coming to Netflix in December: 'Mowgli,' 'Roma' and Springsteen 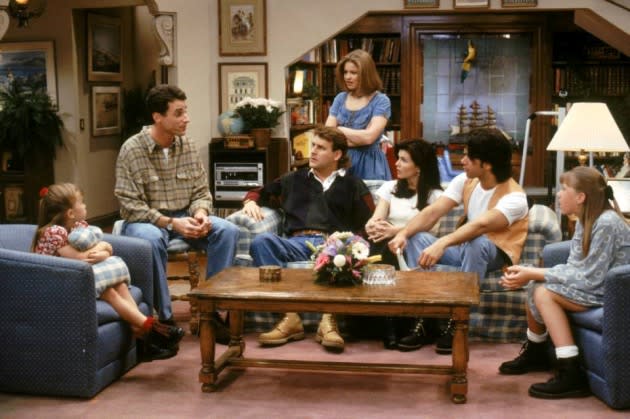 While Netflix has been petitioned and begged to bring back any number of shows, TV Line's Michael Ausiello reports that it's already zeroed in on the next one, and it's Full House. A reboot reportedly named Fuller House (seriously) is "thisclose" to happening, as a continuation of the original show focusing on DJ Tanner (Candace Cameron Bure) and her friend Kimmy Gibbler (Andrea Barber). Of course, these rumors sometimes work out (X-Files), and sometimes don't (Legend of Zelda). The successor to Boy Meets World is currently airing on the Disney channel, and Netflix itself just launched a new version of Inspector Gadget. Since it's the 90s that are back -- Firefly fans will have to settle for this -- and not the 00s, do you have any new requests for rebooting, or would you rather the trend flame out as quickly as it has sprouted.

Boy, these youngsters have 0.0 idea what they're missing. #Fullhousehouse. #TURNAROUND.

In this article: Fullerhouse, FullHouse, hdpostcross, netflix, rumor, TGIF
All products recommended by Engadget are selected by our editorial team, independent of our parent company. Some of our stories include affiliate links. If you buy something through one of these links, we may earn an affiliate commission.