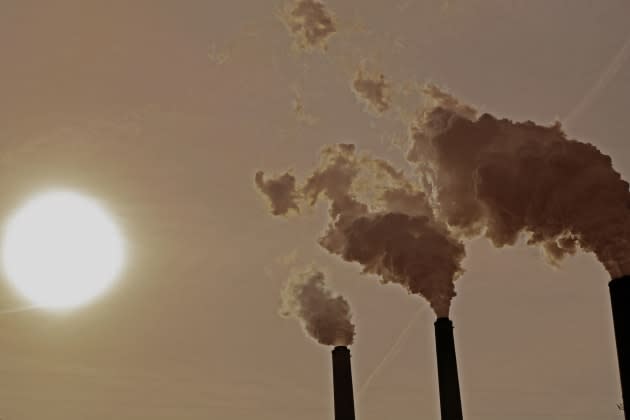 Good news: the hole in the ozone layer is shrinking. Bad news: worldwide levels of atmospheric carbon dioxide has reached another terrifying milestone. First up, NASA's Goddard Space Center is promoting a scientific paper from December that claims that Earth's ozone layer is gently beginning to repair itself. With data from the agency's AURA satellite, scientists believe that the hole in the ozone, which currently measures 12 million square miles, will drop below that figure by around 2040.

Unfortunately, we've lurched from one ecological crisis to another with the news that the amount of carbon dioxide in the air has increased. The National Oceanic and Atmospheric Administration has announced that the global monthly average for airborne CO2 us now 400 parts per million. That's only eight months after the UN's World Meteorological Organization calculated that we'd cross that threshold in roughly two years. So, not only is the rate of change getting faster, we're now 50ppm past the UN's agreed "safe limit" for atmospheric carbon emissions.

If you're wondering what can be done, the NOAA has struck something of a pessimistic tone. The outfit believes that the only way to halt the rise of CO2 is for 80 percent of the world's fossil fuel emissions to stop, ideally this instant. If, however, we wanted to bring that figure down to a safe level, then we'd all have to abandon fossil fuels -- which we're sure few will want to do, even if the UN has said it's cost-effective.

In this article: ClimateChange, CO2, NASA, NOAA, Ozone, video
All products recommended by Engadget are selected by our editorial team, independent of our parent company. Some of our stories include affiliate links. If you buy something through one of these links, we may earn an affiliate commission.