Cowboy is bringing free crash detection to its e-bikes 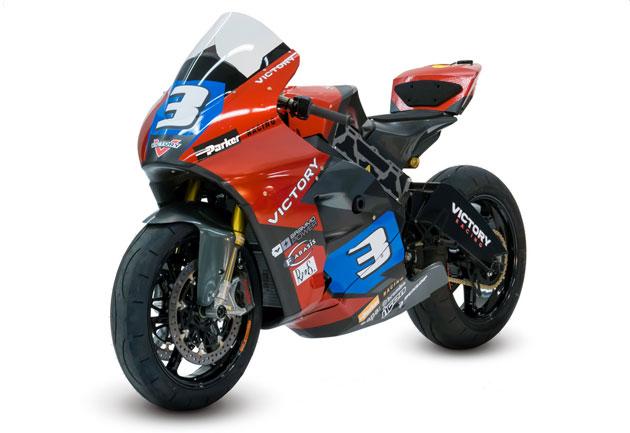 Victory Motorcycles is better known for its burly cruiser bikes than racing, but it's about to challenge that reputation in a big, big way. The company has revealed that it will run a prototype electric motorcycle at the Isle of Man TT, arguably the world's most famous two-wheeled race. The machine will compete in 'just' a one-lap electric class competition on June 10th, but that still amounts to jumping in with both feet. The Isle of Man's 37.7-mile circuit is one of the most dangerous and grueling you can race -- there are many moments where you're seemingly a hair's breadth away from colliding with someone's house.

The entry isn't just about burnishing the company's image. Victory sees this as a way to create a "strong future" for itself in e-bikes. In other words, it wants to know how to build electric transportation that's both powerful and holds up under harsh conditions. It'll probably be a while before you can buy an electric Victory bike at the local dealer, but it's hard to imagine the company taking too long to develop a consumer-friendly EV when it knows that Harley-Davidson is already moving in that direction.

In this article: e-bike, electric, electricvehicle, ev, isleofman, isleofmantt, motorcycle, race, racing, transportation, victory, victorymotorcycles
All products recommended by Engadget are selected by our editorial team, independent of our parent company. Some of our stories include affiliate links. If you buy something through one of these links, we may earn an affiliate commission.