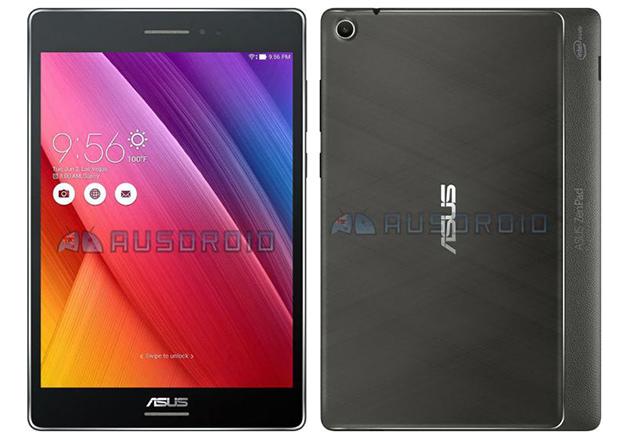 It's Computex next week, which means we'll be busy fiddling with a whole bunch of new ASUS devices. According to Ausdroid, some of these will be contributed by a new Android tablet line dubbed ZenPad, which will allegedly come in 7-inch 1,024 x 600 and 8-inch 2,048 x 1,536 flavors -- with the latter having a 4:3 screen ratio, as featured on the iPads, the Nexus 9 and the Samsung Galaxy Tab A. Given the sweet romance between ASUS and Intel, it's no surprise to see the latter's chips powering the ZenPad line. Judging by the leaked press render obtained by Ausdroid, the larger model packs front-facing stereo speakers, and the backside somewhat resembles the sleeve design applied onto the latest MeMO Pad 7. Little else is known about these new tablets, but we'll find out more in a week's time.

In this article: android, asus, computex2015, intel, leak, tablet, zenpad
All products recommended by Engadget are selected by our editorial team, independent of our parent company. Some of our stories include affiliate links. If you buy something through one of these links, we may earn an affiliate commission.