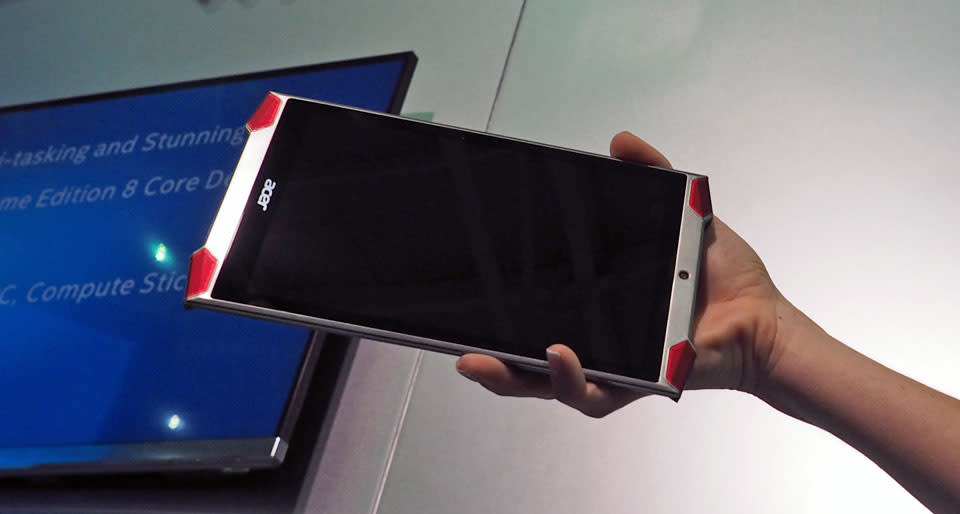 Mobile gaming doesn't mean low-power gaming according to Acer and Intel. The companies have joined forces to produce the first 14nm Atom x7 processor-powered (aka Cherry Trail) Android tablet. The gamer-centric Predator 8 has the Acer Quad-Audio system with four front-facing speakers and the aggressive design sense (sharp angles, red, black and gray color scheme) that's been prevalent in PC gaming. The Gen8 Intel graphics should render 3D and video with less of the stuttering that pulls you out of your gaming experience. We didn't get a chance to play with the tablet, but it should be on the market in the next few months.

3
In this article: 14nm, acer, Atom, CherryTrail, computex2015, intel
All products recommended by Engadget are selected by our editorial team, independent of our parent company. Some of our stories include affiliate links. If you buy something through one of these links, we may earn an affiliate commission.