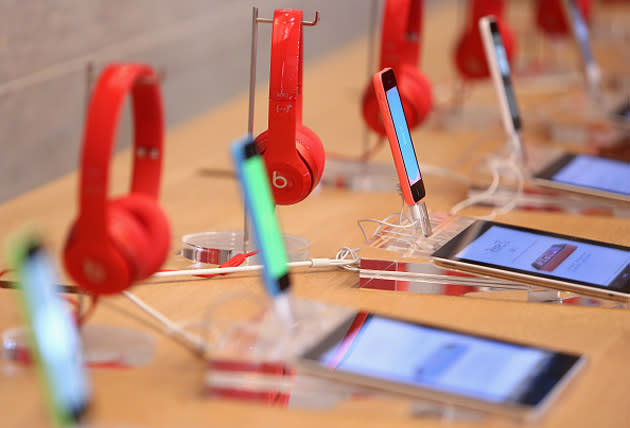 In case there was any doubt that Apple is unveiling its self-branded streaming music service at the Worldwide Developer Conference this week, one loose-lipped executive just let the cat out of the bag. Sony Music CEO Doug Morris told guests at the Midem Music Industry Festival that Apple's announcement of the Beats-based service is "happening tomorrow" (that is, at the WWDC keynote). He didn't confirm any rumors surrounding features or pricing, but he believed that Apple's offering would represent a "tipping point" where streaming hits the mainstream. However popular Spotify may be, it generally doesn't advertise because it's "never been profitable," Morris said -- Apple has both the cash to market its service and hundreds of millions of potential subscribers. Whether the exec is realistic or looking through rose-tinted glasses, you'll know the truth in a matter of hours.

In this article: apple, applemusic, dougmorris, hdpostcross, internet, music, sony, sonymusic, streaming, wwdc, wwdc2015
All products recommended by Engadget are selected by our editorial team, independent of our parent company. Some of our stories include affiliate links. If you buy something through one of these links, we may earn an affiliate commission.