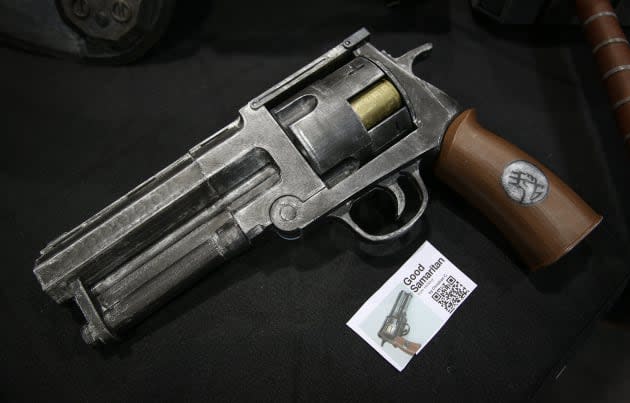 Conventional metal detectors -- like those employed nearly universally to courthouses and (sigh) schools -- are useless against 3D-printed plastic guns. And in light of how comically inept the TSA is, these homebrew weapons pose a real and significant security concern to airports as well. Which is why Congress is once again gearing up to pass legislation making the weapons easier to trace.

Rep. Steve Israel (D-N.Y.) has set forth the Undetectable Firearms Modernization Act. Much like a similar bill that failed in 2013, the UFMA requires a metal strip large enough to set off an X-ray or metal detector be embedded in the weapon, plastic or otherwise. Removing the strip would be illegal and punishable by imprisonment. Of course, that's assuming that the person printing the weapon is a responsible, law-abiding citizen and not some whacko who found the plans online and has decided to listen to his neighbor's dog for once.

In this article: 3d, 3dprintedgun, 3dprinting, guns, liberator, security
All products recommended by Engadget are selected by our editorial team, independent of our parent company. Some of our stories include affiliate links. If you buy something through one of these links, we may earn an affiliate commission.