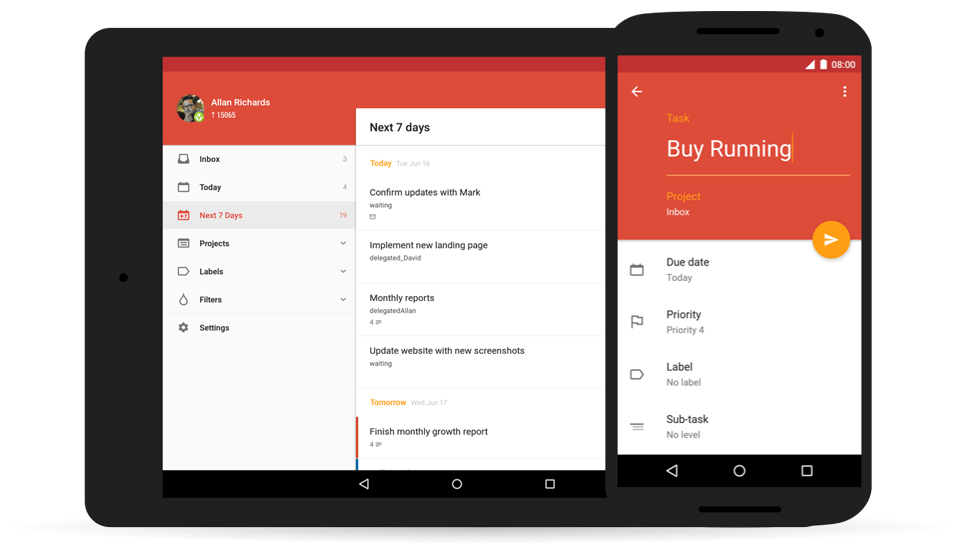 Todoist may be one of many to-do list apps available for your mobile device, but it's certainly a capable option. Today, the company announced a major redesign for its Android software that adds in features the iOS version received back in the spring. This means that rather than typing a reminder and having to tap a few different menu options to add a due date, assign to a project and more, you can just input all the information in the main task field. Once you do so, Todoist will sort out all of the info for you, right down to the necessary tags. In fact, the company says that users "can input almost any combination of details whatsoever into Todoist, and the app will know exactly what to do with it." It's a feature that should help you spend less time organizing and more time getting stuff done. The ability to add start and end dates for a task was new to iOS a few months back too, and now it's arriving on the Android version. Other new features include easily adding contributors when creating a task, creating sub tasks with a swipe and swiping left to schedule a due date for an item. In addition to all of the new productivity tools, the app got its Material Design overhaul as well, and now it looks just as good as all of the other apps that have already been updated with Google's aesthetics. Yes, it's a bit late to the Material Design party, but the company says new version of the Android app isn't just a fresh coast of paint, it's a complete overhaul. Was it worth the wait? There's a video down below that'll allow you to be the judge of that.

In this article: android, app, mobilepostcross, productivity, productivityapp, software, todo, todoist, todolist, update
All products recommended by Engadget are selected by our editorial team, independent of our parent company. Some of our stories include affiliate links. If you buy something through one of these links, we may earn an affiliate commission.