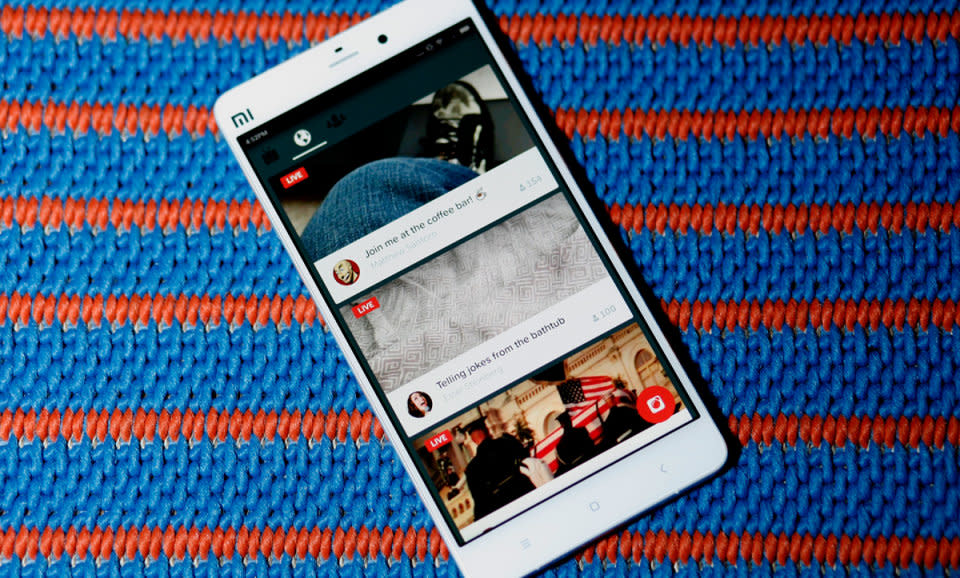 Periscope is already great for showing strangers your lunch and pirating pay-per-view boxing matches, but Bangalore's police force wants the city's citizenry to use it for much more than that. If police commissioner MN Reddi gets his druthers, the people of India's third largest city will soon use Twitter's live-streaming app to capture footage of crimes in action so cops can find them and shut 'em down. (Sorry, Meerkat, you're not needed here.)

Turning a city's smartphones into a surveillance system is an ambitious (if a touch Orwellian) plan, but don't expect this to become the norm too quickly. Periscope may have finally made its way to Android -- which more-or-less dominates India's mobile scene -- but the cost of buying a phone and a data plan can be tough to bear, especially in impoverished and working-class sections of the city. Then again, Bangalore has the reputation of being India's Silicon Valley, so those affluent techies could wind up spearheading this next-gen neighborhood watch program. Still, Bangalore's police seem to get that it'll be a while before streaming crime-catching becomes a thing, so its Periscope plans remain nice and humble for now. Their first order of streaming business? Broadcasting police press conferences to people's phones.

In this article: apps, bangalore, india, mobile, periscope, police, smartphones, surveillance
All products recommended by Engadget are selected by our editorial team, independent of our parent company. Some of our stories include affiliate links. If you buy something through one of these links, we may earn an affiliate commission.