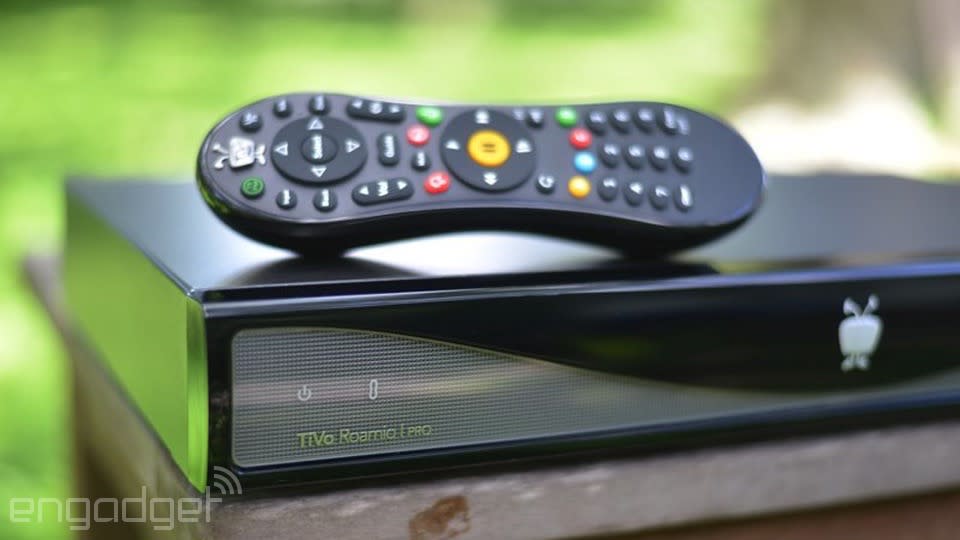 Have one of TiVo's DVRs in the living room, but would rather not get another one of its devices just to watch recordings in the basement? If you use Apple devices at home, you no longer have to. TiVo has updated its iOS app with (long, long overdue) AirPlay mirroring support, so you can send your recorded shows to an Apple TV as long as everything is on the same local network. You'll need a Premiere, Roamio Plus, Roamio Pro or Stream device for AirPlay to even be an option, so don't get your hopes up if you're hanging on to old hardware. Still, this a big step forward -- you now have an easy way to catch up on missed episodes without having a TiVo-based set-top attached to your TV of choice.

In this article: airplay, dvr, hdpostcross, ios, roamio, streaming, television, tivo, tv
All products recommended by Engadget are selected by our editorial team, independent of our parent company. Some of our stories include affiliate links. If you buy something through one of these links, we may earn an affiliate commission.