Please don't jump out of your car and dance to Drake, NTSB pleads 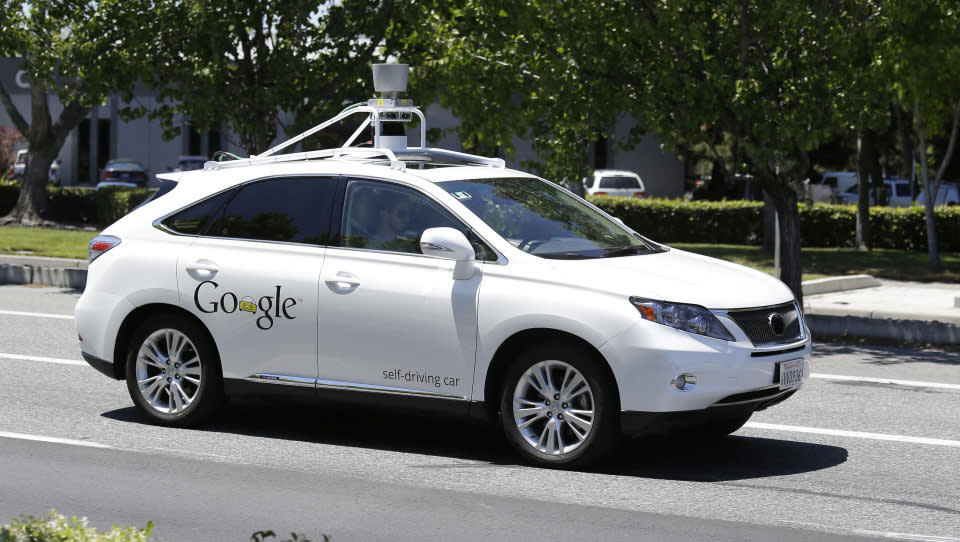 Like the Terminator T-800, Google's self-driving cars don't feel pity, remorse or fear. But they also never lose their patience or get distracted by smartphones, and Google has revealed data collected by its vehicles showing just how bad we human drivers can get. It said the goal with the Medium article was to improve road safety by reminding us that "driver error causes 94 percent of crashes." Program director Chris Urmson said that "our safety drivers routinely see people weaving in and out of their lanes; we've spotted people reading books, and even one playing a trumpet."

Google released a video recreation of an intersection accident -- one of 11 its cars have experienced -- when its vehicle was rear-ended (bottom). Google's car slowed to a stop at an intersection behind another vehicle, even though the light was green. However, the driver behind them only saw the green light and not the stopped cars, and plowed into Google's sensor-equipped rig. Urmson said that such drivers are often "checking their devices instead of watching the road." On the other hand, its self-driving cars have "360 degree visibility and 100 percent attention out in all directions at all times."

Other dangerous situations involve freeway exits, turns and lane changes, and Google pointed out that cyclists and pedestrians are particularly at risk. It cited the case of a cyclist who got a late start across an intersection and was nearly hit by a left turning car. "Our car predicted the cyclist's behavior (in the red path, above) and did not start moving until the cyclist was safely across the intersection." He added that the cars are programmed to pause briefly when a light turns green, as "that's often when someone will barrel impatiently or distractedly through the intersection." None of this is new information to drivers, of course, but it's interesting to see it from the viewpoint of an all-seeing robotic car that never feels road rage.

In this article: accidents, driverless, google, road safety, self-driving cars
All products recommended by Engadget are selected by our editorial team, independent of our parent company. Some of our stories include affiliate links. If you buy something through one of these links, we may earn an affiliate commission.