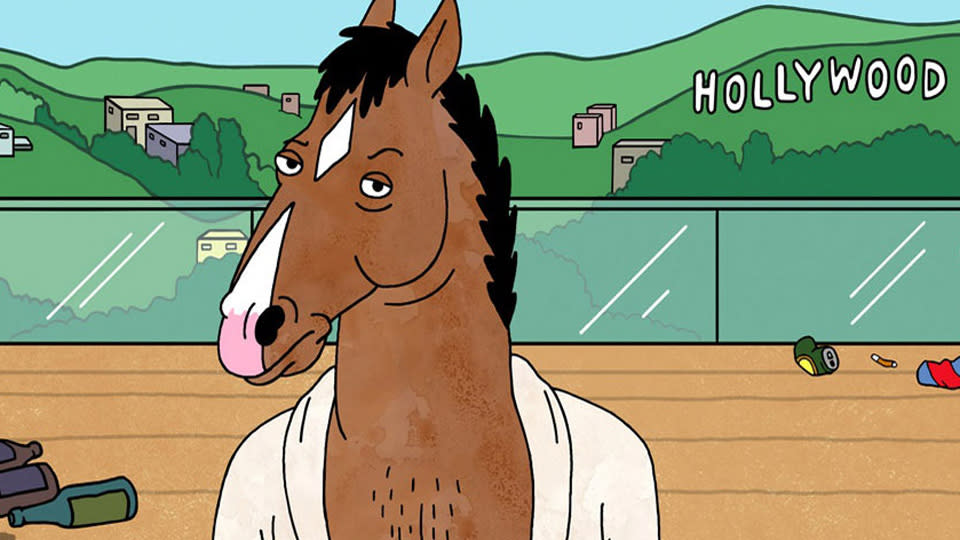 You won't have to wonder about when Netflix will start streaming much of its exclusive and original programming -- the company has provided scheduling for seemingly all of it in one shot. To begin with, it's renewing the weird-yet-familiar cartoon BoJack Horseman for a third, 12-episode season that will arrive in 2016. Can't wait that long? Longmire, the rescued A&E crime series, will make its Netflix debut on September 10th of this year, while a documentary about Keith Richards, Under the Influence, is due on September 18th. There are a slew of comedy specials arriving between August 14th (Demetri Martin) and December 18th (Mike Epps). Aziz Ansari's comedy series Master of None will show up on November 6th, and Chelsea Handler is hosting a four-movie documentary series that's "coming soon."

Not all is sunshine and roses in Netflix land, however. The service has confirmed that it will axe Lilyhammer, its first original (or rather, pseudo-original) show, after its third season. Chief content officer Ted Sarandos claims that Netflix is a fan of the mobster-in-Norway series, but that it has turned into an "economically challenged deal" due to the partnership with Norwegian broadcaster NRK1. While Netflix wanted to maintain tight control over Lilyhammer and its distribution, that just wasn't possible under the agreement. Whatever the reasons, it's a sad day... Netflix's early experiment with producing content has come to a close.

In this article: azizansari, bojackhorseman, chelseadoes, chelseahandler, hdpostcross, keithrichards, lilyhammer, longmire, masterofnone, netflix, streaming, television, tv
All products recommended by Engadget are selected by our editorial team, independent of our parent company. Some of our stories include affiliate links. If you buy something through one of these links, we may earn an affiliate commission.