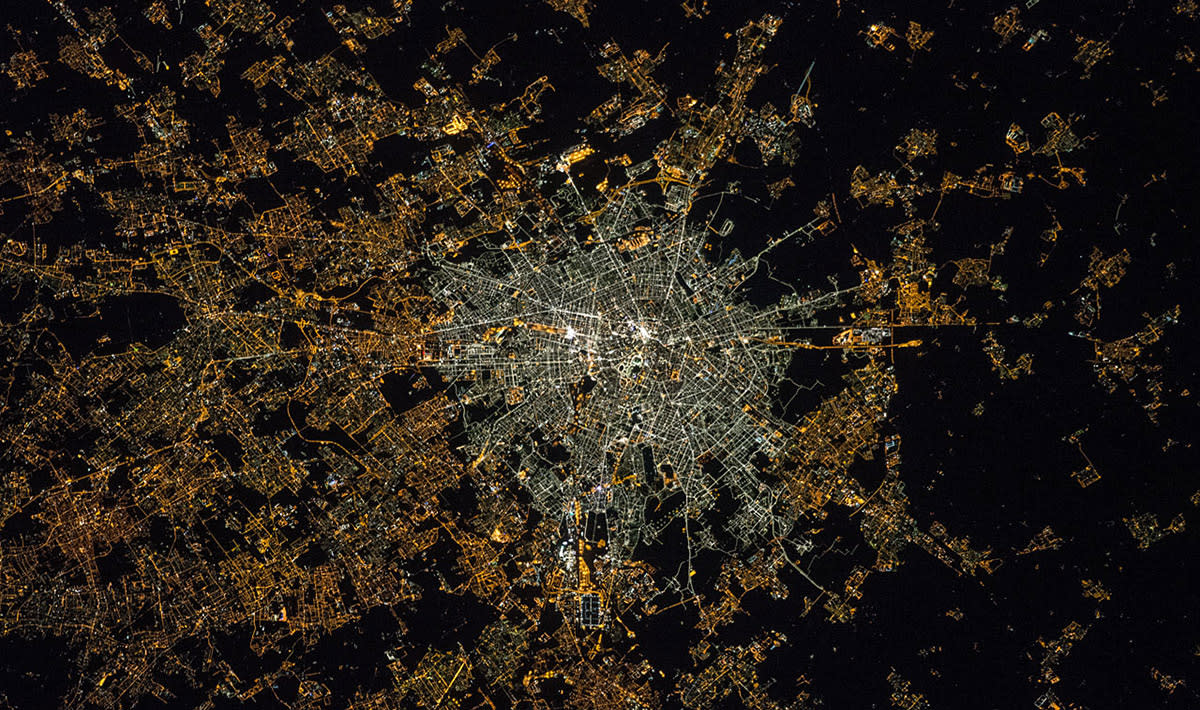 The Cities at Night project organizers began compiling hundreds of thousands of nighttime photos of metropolises taken from the ISS in order to study light pollution last year. NASA even asked the public for help to sort through millions of images to be used for the initiative. Now, Cities at Night has already helped confirm that the source of the diffuse glow around cities visible from space (first spotted by the Defense Meteorological Satellite Program) is none other than street lighting. That diffuse lighting is separate from lights emanating from buildings and vehicles, but scientists couldn't determine its exact origin from low-res satellite photos alone.

All of the images in the project's archive (like the one above) have been "calibrated using the stars in the background sky over the ISS, as well as ground-based measurements of the night sky brightness." This apparently makes it possible not just to spot diffused lighting, but also to map out light pollution. The study conducted by the Universidad Complutense de Madrid, Spain and the Cégep de Sherbrooke in Canada also revealed that countries in Europe with the highest public debts also have the highest energy consumption connected to street lighting. That said, you really should visit the Cities at Night website even if you couldn't care less about light pollution. Its gallery, full of nighttime pictures taken by astronauts and geo-referenced on a world map, is definitely worth a few hours of your day.

PS: The project organizers want to "create a Google maps style map of the world using pictures taken by astronauts from the International Space Station" and are now trying to raise $56,000 via Kickstarter to make that happen. If they reach their goal, they'll use the money to develop their own platform to host the map, which anybody can access.

In this article: citiesatnight, iss, lightpollution, nasa, space
All products recommended by Engadget are selected by our editorial team, independent of our parent company. Some of our stories include affiliate links. If you buy something through one of these links, we may earn an affiliate commission.