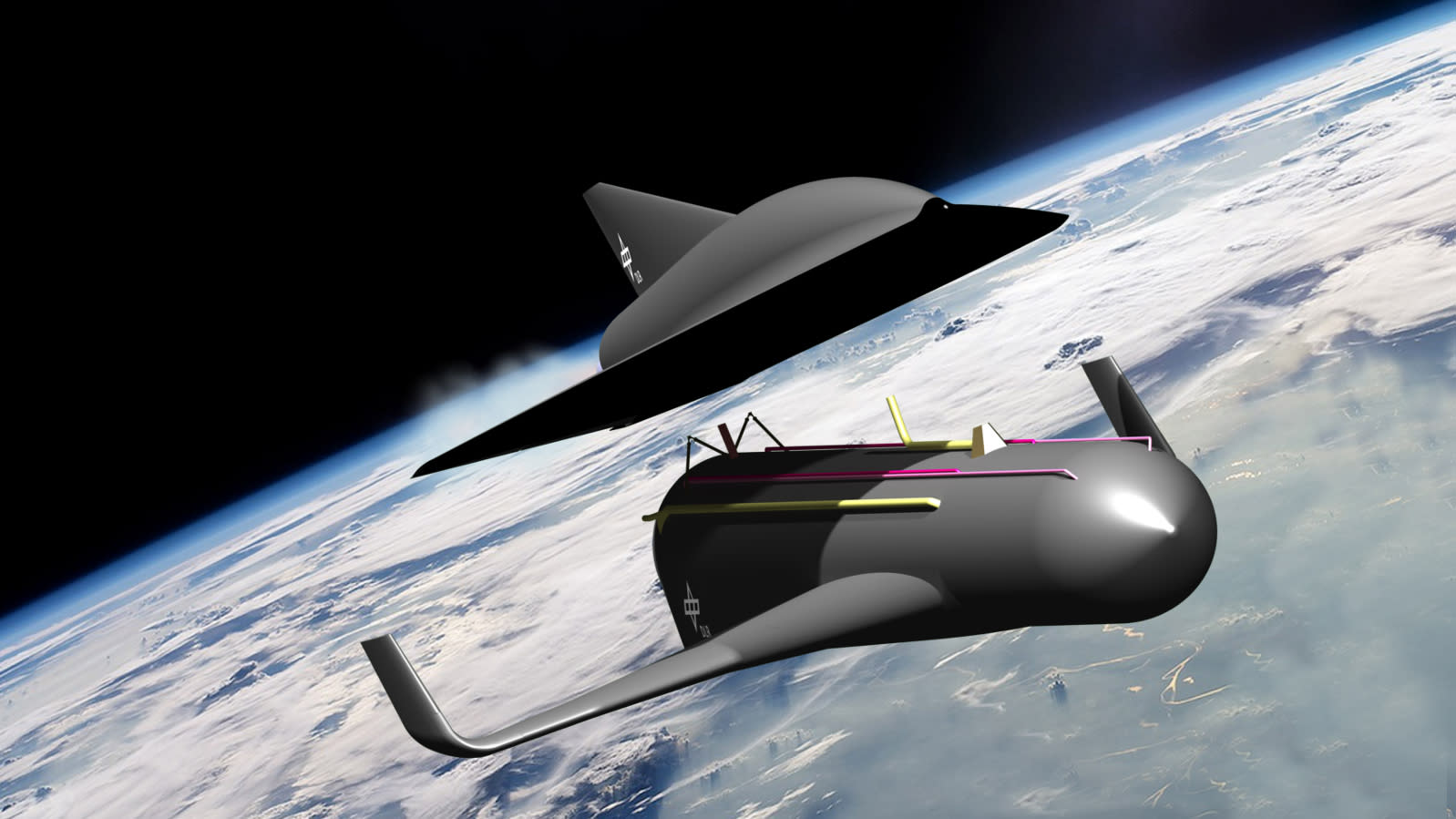 Germany's aerospace agency, the Deutsches Zentrum für Luft- und Raumfahrt (DLR), is reviving a decade-old plan to develop hypersonic passenger flights aboard suborbital space planes. This rocket-propelled vehicle, dubbed the SpaceLiner, could carry up to 100 passengers and make the trek between Europe and Australia in under 90 minutes. This isn't the first time the DLR has hinted at making such a space plane, but now the company is ready to make the SpaceLiner a reality within the next two decades, as project lead Martin Sippel recently explained to Aviation Week.

The vehicle would operate much like the old Space Shuttle -- had the old Shuttle been equipped with an ejectable crew cabin capable of flight independent of the rest of the vehicle. The plane part would launch vertically aboard a reusable rocket engine, detach once its at cruising altitude, then glide back through the atmosphere at Mach 20 (that's 4.3 miles per second or Koro Sensei's maximum speed) and land like a regular plane. The rocket engine, conversely, would be snagged by a tow aircraft in midair before landing autonomously.

"The point-to-point passenger market already exists and is growing," Sippel told the publication. "We have several hundred million passengers traveling intercontinental distances each year. But even if the share will only be 0.2 percent... from a space perspective that's a potentially huge impact." And not only could the SpaceLiner be used to ferry the uber-rich, it could just as easily be adapted to soft-launch satellites into orbit. "We could increase hundredfold the number of launches and, as it is a reusable vehicle designed for between 150 and 300 flights, you have serial production of engines," Sippel continued, "If you have 11 engines per vehicle then you would build 2,000 engines per year or so. That's a huge production run, and that was the motivation."

Don't expect to see this in the skies above any time soon. The project carries an estimated $33 billion price tag and the first hardware likely won't be ready until at least 2030. Still, with the efforts of companies like SpaceX and Virgin Galactic, not to mention defense contractors like Boeing and Lockheed Martin, humans are going to be cruising around the mesosphere before you know it.

In this article: assasinationclassroom, australia, DLR, europe, european, germany, launches, rockets, space, spaceplanes, transportation
All products recommended by Engadget are selected by our editorial team, independent of our parent company. Some of our stories include affiliate links. If you buy something through one of these links, we may earn an affiliate commission.