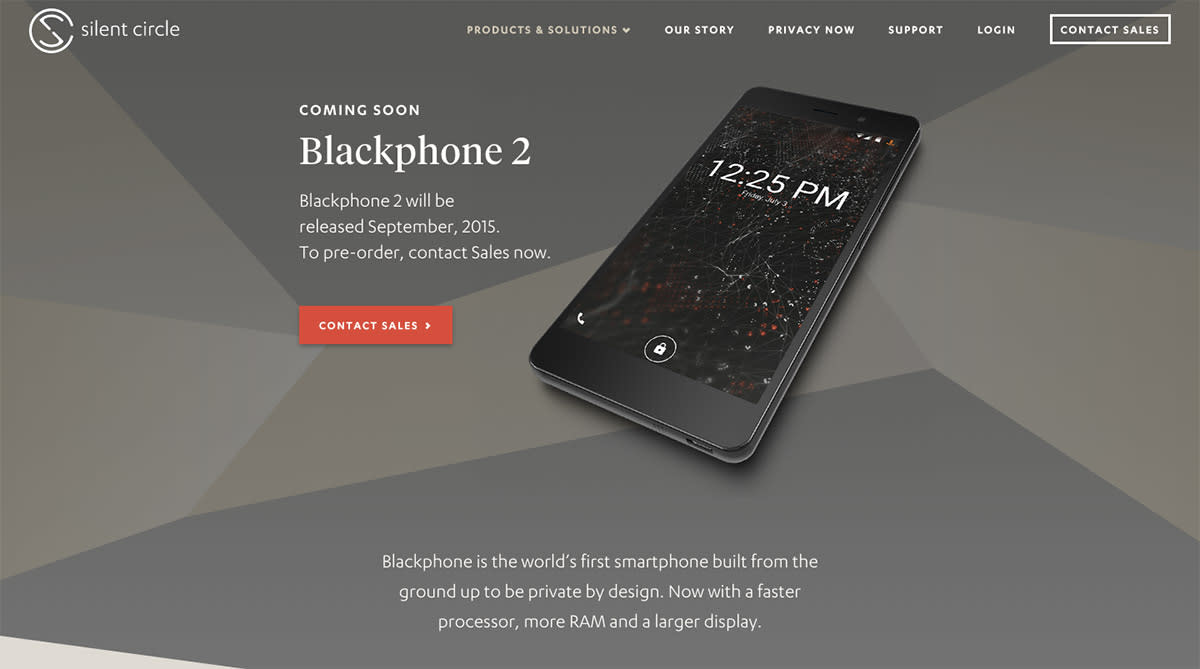 Blackphone 2, the second iteration of Silent Circle's privacy-focused handset, is now available for pre-order -- assuming you don't mind reserving a device without knowing its price. The original Blackphone was sold at the flagship-level cost of $629, but remember, this one's more sophisticated than its predecessor, with its front and rear covered in glass. It has a 5.5-inch 1080p display, and inside, it boasts an octa-core processor, 3GB of RAM and 32GB of storage. What makes it different from other phones with similar specs, though, is that it runs an Android-based platform called PrivatOS which has a suite of secure apps, including ones for encrypted messaging and voice calls.

We saw Blackphone 2 at the Mobile World Congress earlier this year, and we have a preview you can read to know a bit more before you pre-order a unit. The device is expected to arrive sometime in September -- if you'd rather get the Blackphone+ tablet, though, you'll have to wait a bit more, since Silent Circle hasn't revealed when that one will be available.

In this article: blackphone, blackphone2, mobilepostcross, silentcircle
All products recommended by Engadget are selected by our editorial team, independent of our parent company. Some of our stories include affiliate links. If you buy something through one of these links, we may earn an affiliate commission.