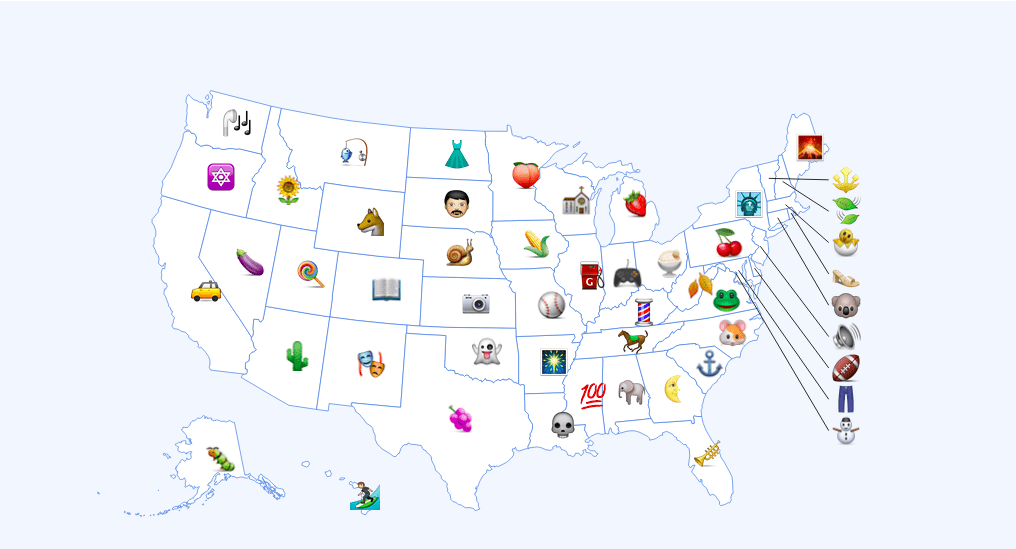 Emoji are insanely popular, despite the near-endless stream of stickers and GIFs that dominate our messaging apps these days. But depending on where you live, some emoji are more popular than others. The folks behind SwiftKey, the predictive keyboard app for iOS and Android, have been mining their community's usage via SwiftKey Cloud to see which icons rank highest across the US. They've come up with an interactive map, but to be clear -- each state's pick isn't based on sheer volume. As a spokesperson explained to Gizmodo: "To identify the 'top' emoji per state, we cross-referenced the list of emoji each state uses more than the US average with the emoji each state uses more than all other states." So there you have it. You might be able to poke a few flaws in the methodology, but it's still fun to see where different emoji are used more often. Georgia really likes the moon, for instance, and Utah has a soft spot for lollipops. Who knew?

In this article: emoji, icons, maps, popularity, smileys, stickers, swiftkey, US, USA
All products recommended by Engadget are selected by our editorial team, independent of our parent company. Some of our stories include affiliate links. If you buy something through one of these links, we may earn an affiliate commission.