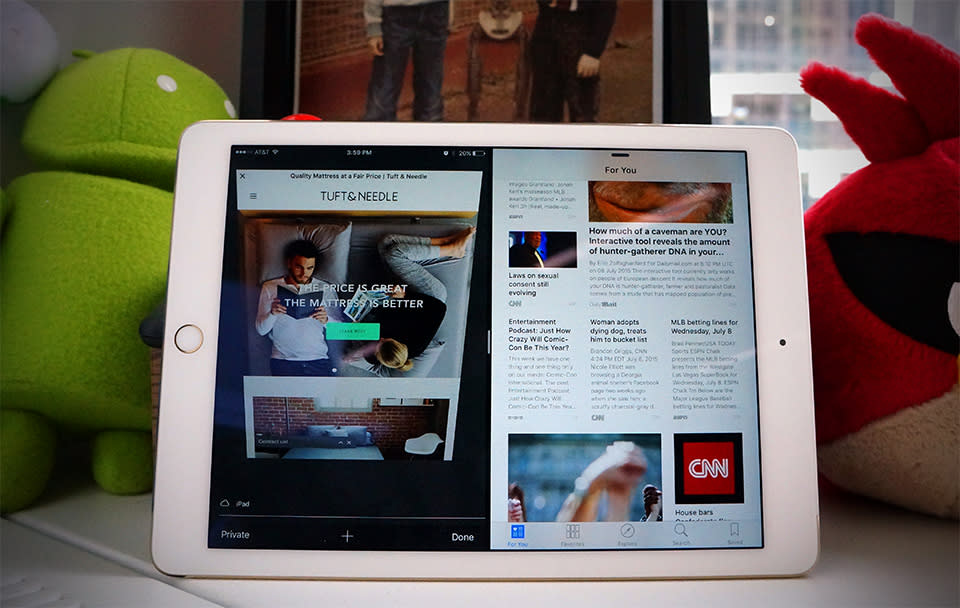 Apple isn't content to expand its foothold in the workplace solely through major app deals and developer initiatives -- it wants corporate networks to be Apple-friendly as well. The Cupertino crew has teamed up with Cisco to optimize enterprise networks for iOS devices and apps, especially Cisco-made videoconferencing and collaboration tools. It's not hard to see why the two would forge a deal. This theoretically boosts iPhone and iPad sales to companies that want the smoothest possible experience, especially if they have thousands of users crowding their networks. Cisco, meanwhile, stands a better shot at selling network hardware and software to firms that are already set on using Apple gear. It may be hard to notice the change unless you're an IT manager, but you shouldn't be surprised if your next company-issued device has a fruit logo on the back.

In this article: apple, cisco, enterprise, ios, ipad, iphone, mobilepostcross, networking, work
All products recommended by Engadget are selected by our editorial team, independent of our parent company. Some of our stories include affiliate links. If you buy something through one of these links, we may earn an affiliate commission.