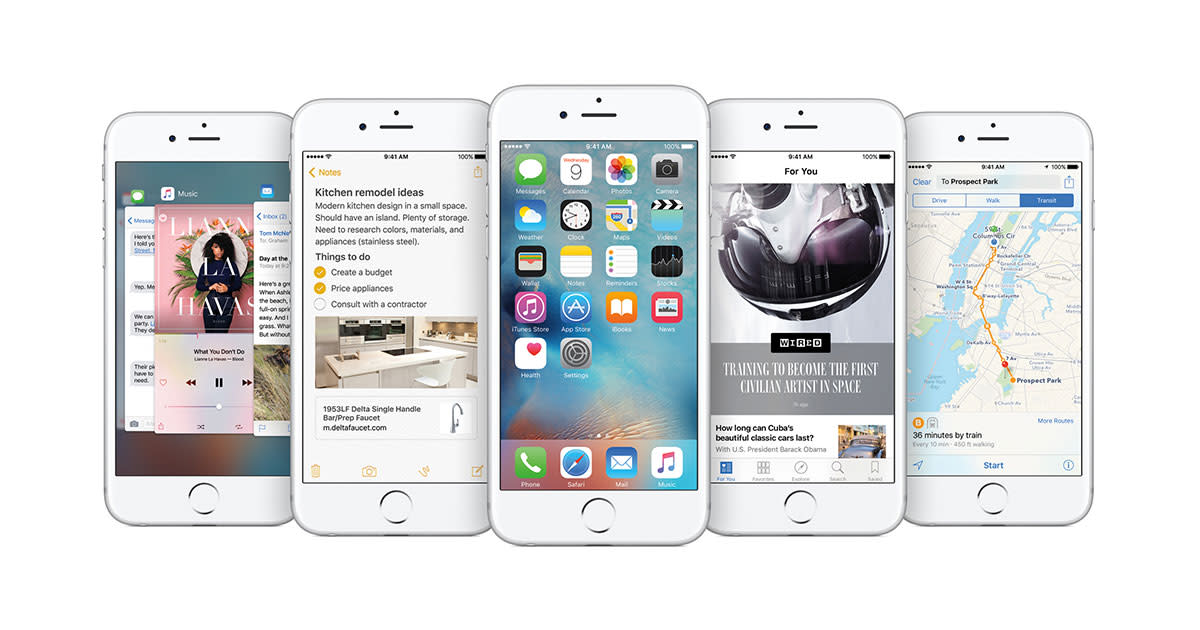 An official announcement of new iPhones usually means a release date for the latest version of Cupertino's mobile operating system as well. Today was no different as Apple announced that iOS 9 would be available as a free download September 16th. When it arrives next week, you'll be privy to new features like a new and improved Siri, system-level security settings and split-screen multitasking on the iPad (hello, iPad Pro). Native apps like Maps (now with transit info), Notes and others have also been refreshed, so if you haven't been adventurous enough to test-drive the public beta, there will be a load of new stuff for you to try. And there's that brand-new News app too, serving up personalized content to your devices for reading on the go.

To help store all of those newfangled Live Photos, iCloud pricing has been revised to 50GB for 99 cents a month, 200GB for $3/month and 1TB for a $10 monthly fee. If you're looking to make the switch from Android, Apple's new "Move to iOS" app will arrive alongside iOS 9 as well to lend a hand moving your stuff over to a new phone/tablet. In terms of compatible devices, the new OS will play nice with iPhone 4s and later, fifth-gen iPod Touch and later, iPad 2 and later and iPad Mini and later when it arrives in just a few days.

In this article: apple, ios, ios9, iphone, iphone2015, mobilepostcross, software, update
All products recommended by Engadget are selected by our editorial team, independent of our parent company. Some of our stories include affiliate links. If you buy something through one of these links, we may earn an affiliate commission.