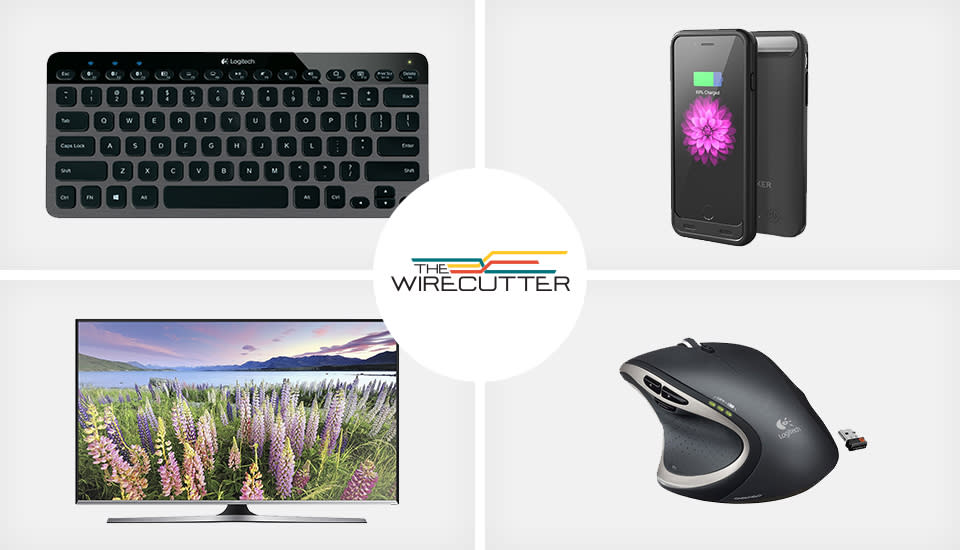 The last deal on the K810 was a part of Logitech's Back to School program, but even that deal only brought it down to $80. However, this price doesn't include the Mac version of the keyboard, which is still around $100. The deal comes with free shipping.

The Logitech K810 Bluetooth Keyboard used to be our choice for the best Bluetooth keyboard, and in our updated guide it'll still be a step-up pick. However, even with this deal it's $30 more expensive than our future main pick. Kimber Streams said, "Logitech's Bluetooth Easy-Switch Keyboards (Mac/Windows) meet all the requirements of a great Bluetooth keyboard: comfortable, well-spaced, backlit keys; correct layouts for both Mac and Windows users; a rechargeable battery; and the ability to switch between three different devices with the press of a button." This is a pretty deep cut into the price of this battery case. The previous lowest price we can find was a drop down to $40. At its current price, using the code 289K7RHW during checkout knocks $43 off the price. The deal includes free shipping.

This is our runner-up pick for the best iPhone 6 battery case, and with this deal it's $17 cheaper than our main pick. Nick Guy said this case is "the most efficient in terms of the percent of a full charge it provides per mAh. This one also wins in charging speed, delivering 1.11 percent of a full charge per minute. The rest of the battery cases clocked in right around 1 percent." This just dropped $30 below the best price we've previously seen it at. For the first couple months we tracked this TV it was about $500, with a drop to $450 for most of August. The price should last until the 12th, unless it sells out earlier than that.

The Samsung UN40J5500 40-Inch 1080p Smart LED TV is our better picture quality pick for the best $500 TV. Chris Heinonen said, "If you prioritize picture quality over screen size, check out the $500 Samsung UN40J5500. Although it measures only 40 inches, this TV, like the Sharp, is a 1080p set with three HDMI inputs, but it also has more streaming features and a nicer design. According to Rtings, it provides great bright-room and dark-room performance. In addition, it offers slightly better contrast and viewing angles, and features more solid build quality than the Sharp, which has a budget feel." This matches the lowest price we've seen on this mouse. It's been known to drop down to this price every few months as a Best Buy deal of the day, and hasn't hit this price on Amazon since January, outside of some brief availability on Prime Day.

In this article: anker, ankerpremiumextended, k810, logitech, LogitechK810, partner, performancemousemx, premiumextended, samsung, SamsungUN40J5500, syndicated, thewirecutter, UN40J5500, wirecutter
All products recommended by Engadget are selected by our editorial team, independent of our parent company. Some of our stories include affiliate links. If you buy something through one of these links, we may earn an affiliate commission.