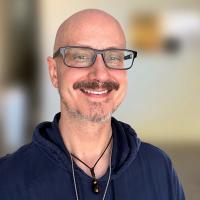 Will Shanklin
Contributing Reporter
After two Fine Arts degrees and a brief career on stage and camera, Will Shanklin realized his love of the performing arts was more a passing fling than a long-term relationship. He then discovered a passion for writing about gadgets and the tech world, which he’s been doing since 2011. Before joining Engadget, his work appeared on SlashGear, TechRadar, Digital Trends, AppleInsider, New Atlas, HuffPost, and others. Will lives in Albuquerque, NM, where he regularly shaves his head to avoid looking like Larry from The Three Stooges.

Articles By Will Shanklin