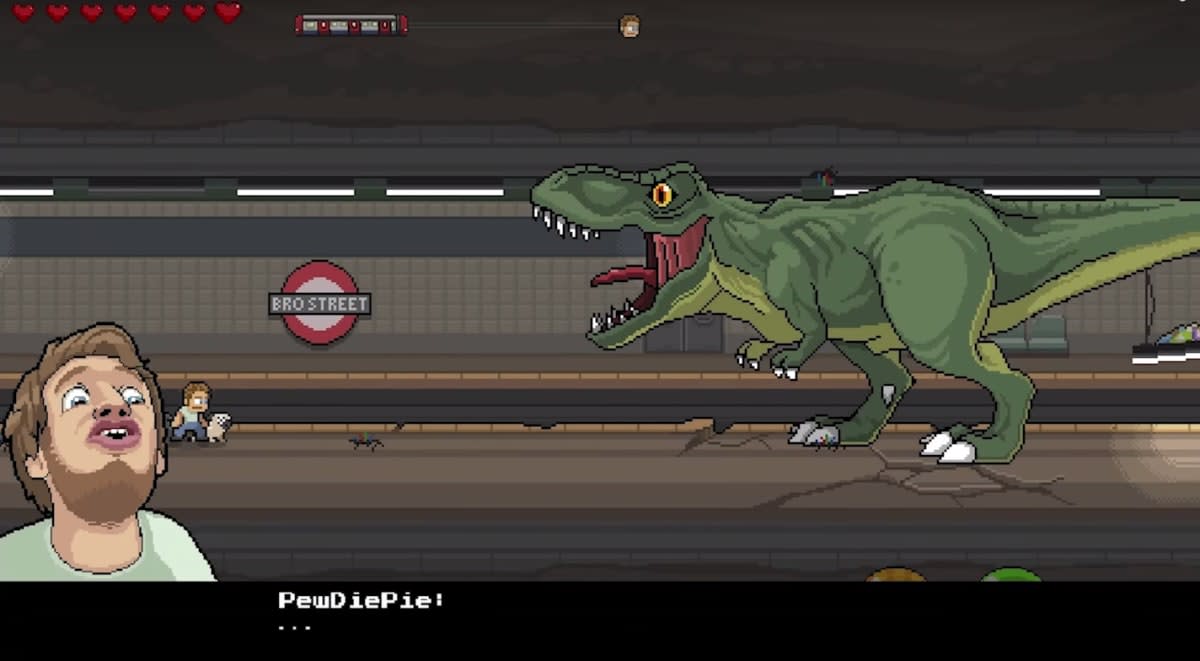 The gaming stars of YouTube were recently turned into physical action figures, but their next big feat takes them back to the digital realm. PewDiePie: Legend of the Brofist is a pixelated action game for iOS and Android starring YouTube sensation Felix "PewDiePie" Kjellberg and a host of his fellow online entertainers, including Marzia, CinnamonToastKen, JackSepticEye, Cryaotic and Markiplier. Legend of the Brofist features a mix of platforming, bullet hell and and sidescrolling action genres, and it comes courtesy of retro-focused Canadian studio Outerminds. It's $5 on the App Store and Google Play.

PewDiePie and his gang of Let's Players aren't alone in their transition to game development: Plenty of other YouTube personalities have worked on their own games, including Jordan Maron, AKA CaptainSparklez. As he told Engadget in an on-camera interview back in July, Maron is working with Activision co-founder Howard Marks on the competitive mobile game Fortress Fury, plus some neat crowdfunding and investment platforms.

Meanwhile, PewDiePie (who hails from Sweden) is in Los Angeles right now to film something that looks a lot like a reality show. Plus, he's scheduled to appear on The Late Show with Stephen Colbert on October 1st, followed on October 2nd by Sean Murray, the co-founder of No Man's Sky studio Hello Games.

In this article: android, felixkjellberg, hdpostcross, IOS, letsplay, mobile, pewdiepie, pewdiepielegendofthebrofist, youtube
All products recommended by Engadget are selected by our editorial team, independent of our parent company. Some of our stories include affiliate links. If you buy something through one of these links, we may earn an affiliate commission.