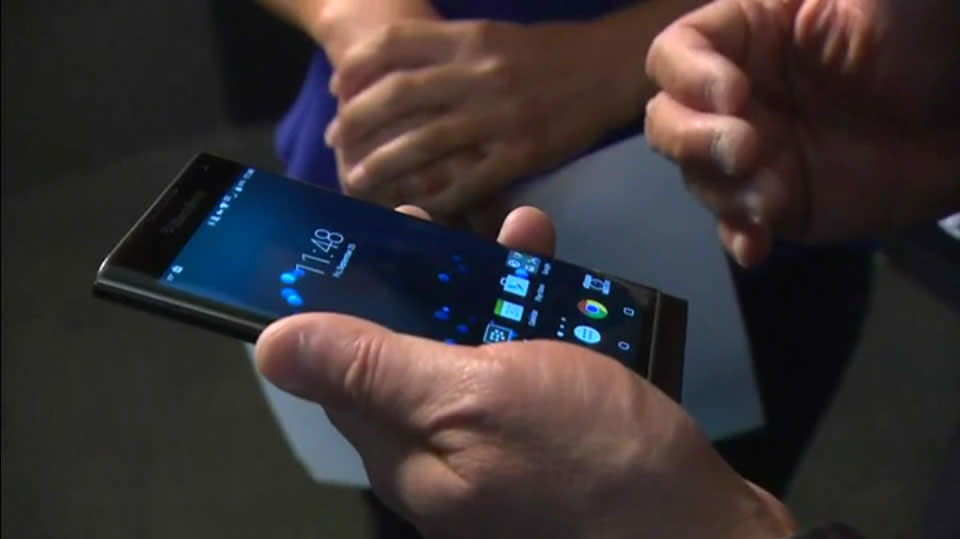 BlackBerry CEO John Chen may be immensely proud of his company's upcoming Android-powered Priv smartphone, but he still has a few things to learn about using it. In an on-camera demo of the Priv for BNN, it's apparent that the exec hasn't used Android much -- he talks about how it "runs Google," and has trouble launching basics like Chrome. Not exactly putting your best foot forward, BlackBerry. It's hard not to sympathize a bit with Chen, since he's likely been using BlackBerry 10 devices for a while. With that said, SlashGear raises a valid concern about what this goof-ridden clip means for long-time users. Moving to Android is a big help for newcomers and people who'd left BlackBerry for greener pastures, but it might alienate loyal fans who've never tried another company's platform.

In this article: android, blackberry, blackberrypriv, johnchen, mobilepostcross, priv, smartphone
All products recommended by Engadget are selected by our editorial team, independent of our parent company. Some of our stories include affiliate links. If you buy something through one of these links, we may earn an affiliate commission.