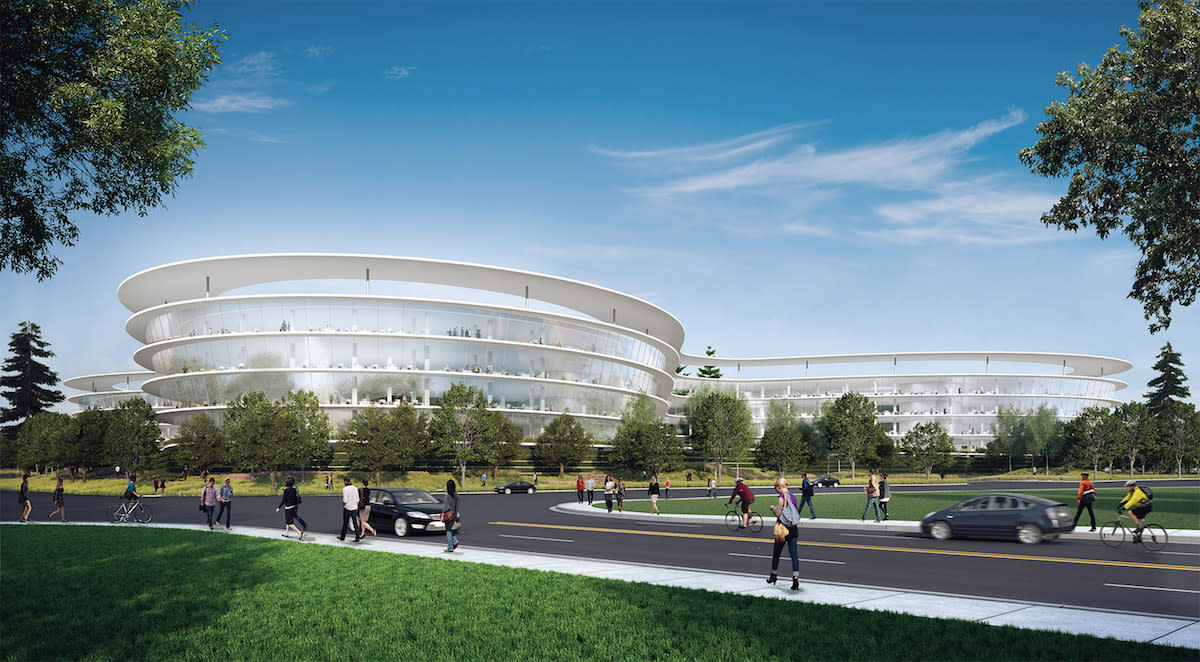 Apple's new 2.8 million square foot California HQ hasn't even been built yet, but already the "spaceship" campus has achieved iconic status. Tim Cook and 12,000 other employees hope to move in late next year, but that won't be the end of the company's expansion in the area. BizJournals reports that Apple has signed a new deal for Landbank Investments LLC's planned Central & Wolfe campus in Sunnyvale, which is roughly a five-mile drive from its current Cupertino home. Current plans show that the 777,000-square-foot project will consist of three, six-story buildings that are almost spaceship-like in their appearance. You could even say it looks like Apple's Command key, albeit without the final roundel. It will also be super efficient with a LEED Platinum rating, which ensures it's sustainable, able to reclaim water and energy, uses energy-efficient materials and provides indoor environmental quality.

Once built, the Central & Wolfe campus could host around 3,000 Apple employees. The company has leased a number of smaller sites in the area, but this second campus highlights that Apple continues to grow at a rapid rate (not surprising given it's now the world's biggest firm). There's no word on when developers will break ground on the project, or when Apple is scheduled to move in -- perhaps it'll coincide with the release of the oft-rumored Apple Car.

In this article: apple, applespaceship, business, california, campus, cupertino, hq, spaceship, sunnyvale, TL17APLSCE
All products recommended by Engadget are selected by our editorial team, independent of our parent company. Some of our stories include affiliate links. If you buy something through one of these links, we may earn an affiliate commission.