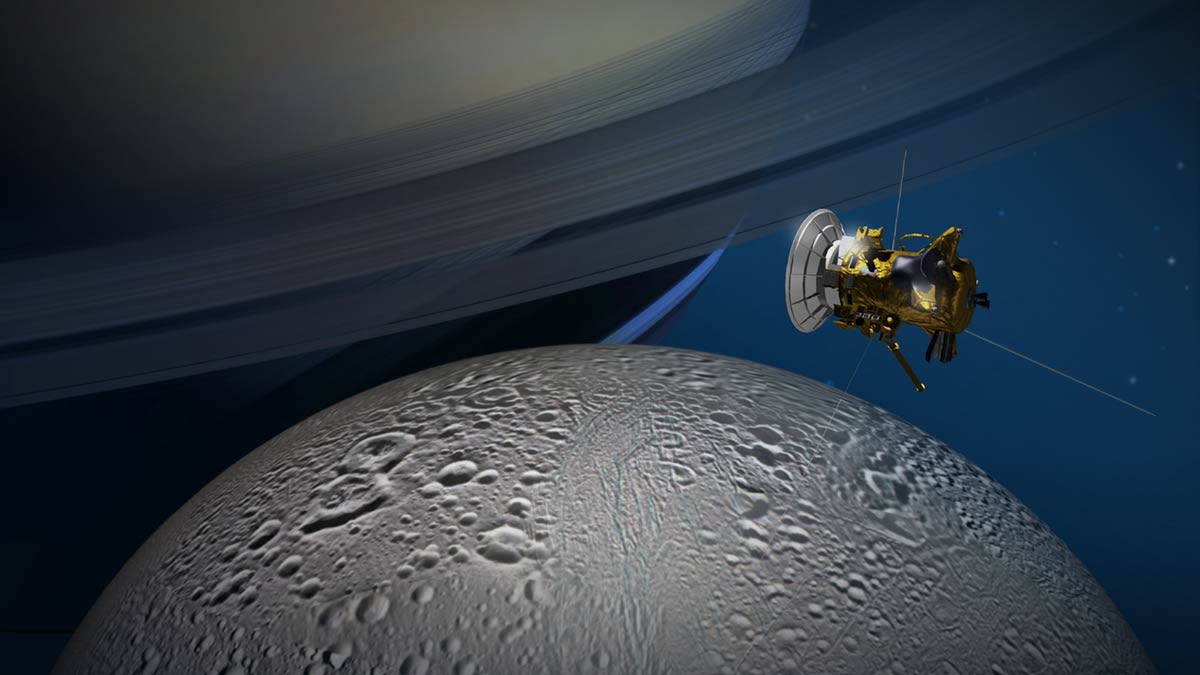 NASA is considering a mission that will look into the habitability of Saturn's icy moon Enceladus, thanks to data gathered by the Cassini probe. Now, the spacecraft will get up close and personal with the natural satellite by doing three flybys, possibly for the last time, as it has only has two years left. According to NASA, the probe will soar close to the moon's north pole, which was too dark to photograph during earlier flights. The agency hopes to find out whether it has fractures similar to the ones found at the moon's south pole and whether it was geologically active in the past. Cassini is flying at an altitude of 1,142 miles above Enceladus' surface today, October 14th, with a second flyby scheduled for late October and a third for mid-December.

The probe first spotted geysers spewing out water and gas on the moon's surface back in 2005. More recently, the samples and data it collected led to two studies suggesting that those geysers are caused by hydrothermal vents or fissures heating up the water. The spacecraft is also responsible for scientists discovering that Enceladus is a bit wobbly, proving that its ocean encompasses the whole moon. By the way, if you're looking forward to seeing some close up images, the photos captured today will be released in the next few days -- we'll keep an eye out for you, as always.

In this article: cassini, nasa, saturn, space
All products recommended by Engadget are selected by our editorial team, independent of our parent company. Some of our stories include affiliate links. If you buy something through one of these links, we may earn an affiliate commission.