Tech that helped me fall back in love with birdwatching

How to give your hike a high-tech upgrade

The best binoculars for birds, nature, and the outdoors 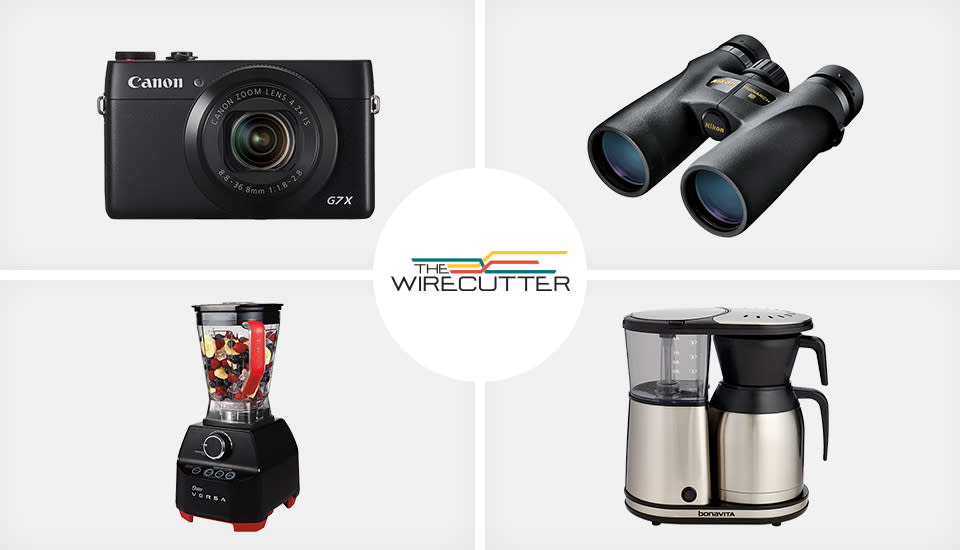 This is the first good sale we've seen on this camera after a $50 price drop back in early April and the lowest price we've seen to date.

The Canon PowerShot G7 X Digital Camera is our runner-up pick for best point and shoot camera under $1000. Amadou Diallo said, "The $700 Canon G7 X is our runner-up point-and-shoot camera. It's just as pocketable as our main pick and, using what is widely believed to be the same sensor, delivers virtually identical image quality. You do give up an EVF (with no option to even add an external one) and surprisingly poor battery life means you'll need to carry a spare to make it through a full day of shooting. You'll also have to make do with much slower shooting rates and video quality that doesn't reach the impressive heights of our top pick. Where the Canon trumps its Sony rival is with a slightly longer zoom that still lets in a lot of light at the long end." This is the best price we've seen in almost two years on this set of binoculars. This version (compared to its big brother, the Monarch 5. which sees deals frequently) rarely goes on sale, typically staying firm at the $227 price over on Amazon.

The Nikon Monarch 3 8x42mm Binoculars are our pick for the best binoculars. Michael Zhao and Eric Hansen said, "You could spend a lot more money and gain few features, or spend a little less and lose a lot of value. The Monarch 3's rugged, waterproof design and its lightweight and superb optical clarity under all types of lighting have earned high praise from ornithologists, hobbyists and retailers alike. In our tests, run by a notable professional birdwatcher, he says they are almost as good as his $2,000 binoculars." This is a new non-Black Friday low price on one of our favorite blenders. It dropped all the way down to $125 for last year's big sale, but there's no way to tell if we'll see a similar deal this year. This is still a good deal compared to non-Black Friday prices.

The Oster VERSA 1400-Watt is our pick for the best blender. Christine Cyr Clisset said, "The Versa offers the best balance between performance and price that we've found, and it also has the most useful combination of variable and preset speeds. At $200, it performs as well as blenders twice the price."

She added, "We don't think the Versa is the absolute best model out there, but its serious blending skills, solid seven-year warranty, and ease of use make this a great choice if you don't want to plunk down half a grand." Just yesterday this brewer was down to $150 or so, but even with this slight $5 bump it's still a good price. We have rarely seen it go below $160 in a major retail space.

The Bonavita BV1900TS 8-Cup Carafe Coffee Brewer is our pick for the best coffee maker. Cale Guthrie Weissman said, "With quality, well-ground beans, some of our testers even compared the brew favorably to handmade pour-over coffee. The 1900TS was also the easiest to use among the competition—just one button to push—and it was the fastest to brew a full pot by over a minute. The 1900TS is quite small compared to most coffee makers, so it will easily fit on most countertops, and its sleek, stainless steel aesthetic looks good with any decor."

In this article: binoculars, blender, bonavita, BonavitaBV1900TS, BV1900TS, canon, CoffeeMaker, g7x, monarch3, nikon, nikonmonarch, nikonmonarch3, oster, osterversa, partner, powershotg7x, syndicated, thewirecutter, versa, wirecutter
All products recommended by Engadget are selected by our editorial team, independent of our parent company. Some of our stories include affiliate links. If you buy something through one of these links, we may earn an affiliate commission.