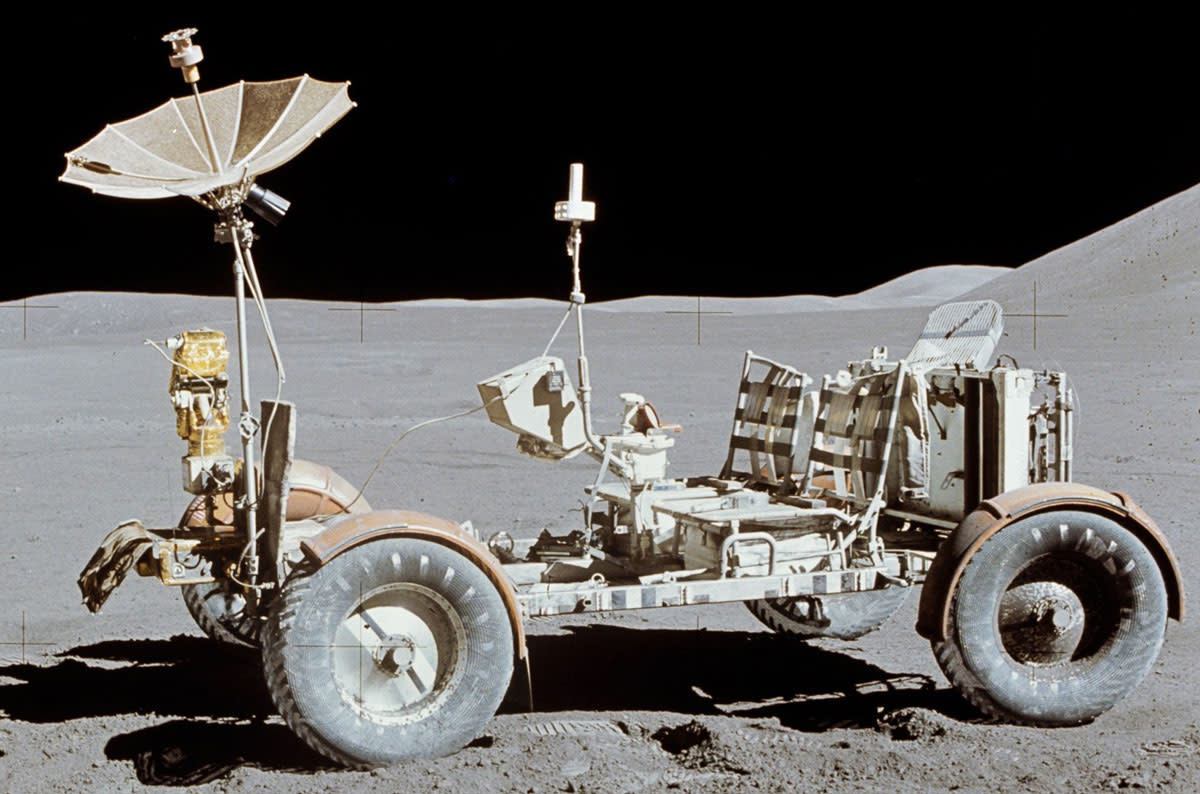 A priceless lunar rover prototype, built by NASA in the mid '60s, has been broken up and sold for scrap. Motherboard has discovered that the vehicle was found rusting in an Alabama back yard at the start of 2014. The roving Air Force historian who spotted it instantly raised the alarm, but officials reportedly didn't rush to get contact the owner to arrange recovery. Unfortunately, by the time that they had, the person had died, and whoever was handling their estate sold the rover off to a local scrap merchant for a lot less than NASA probably would have paid. We won't spoil the rest of the story for you, but let's offer up a lesson: if you have a six-wheeled, 8,000 pound space vehicle in your back yard, maybe google it before calling the breakers.

Update: In a beautiful twist to the story, the scrapyard dealer who bought the vehicle didn't dismantle the vehicle. In fact, he contacted Motherboard with pictures proving that it was in one piece and that he was planning on selling it on at some point soon.

In this article: Alabama, LunarRover, NASA, Scrap, WhatTheHellWereTheyThinking
All products recommended by Engadget are selected by our editorial team, independent of our parent company. Some of our stories include affiliate links. If you buy something through one of these links, we may earn an affiliate commission.