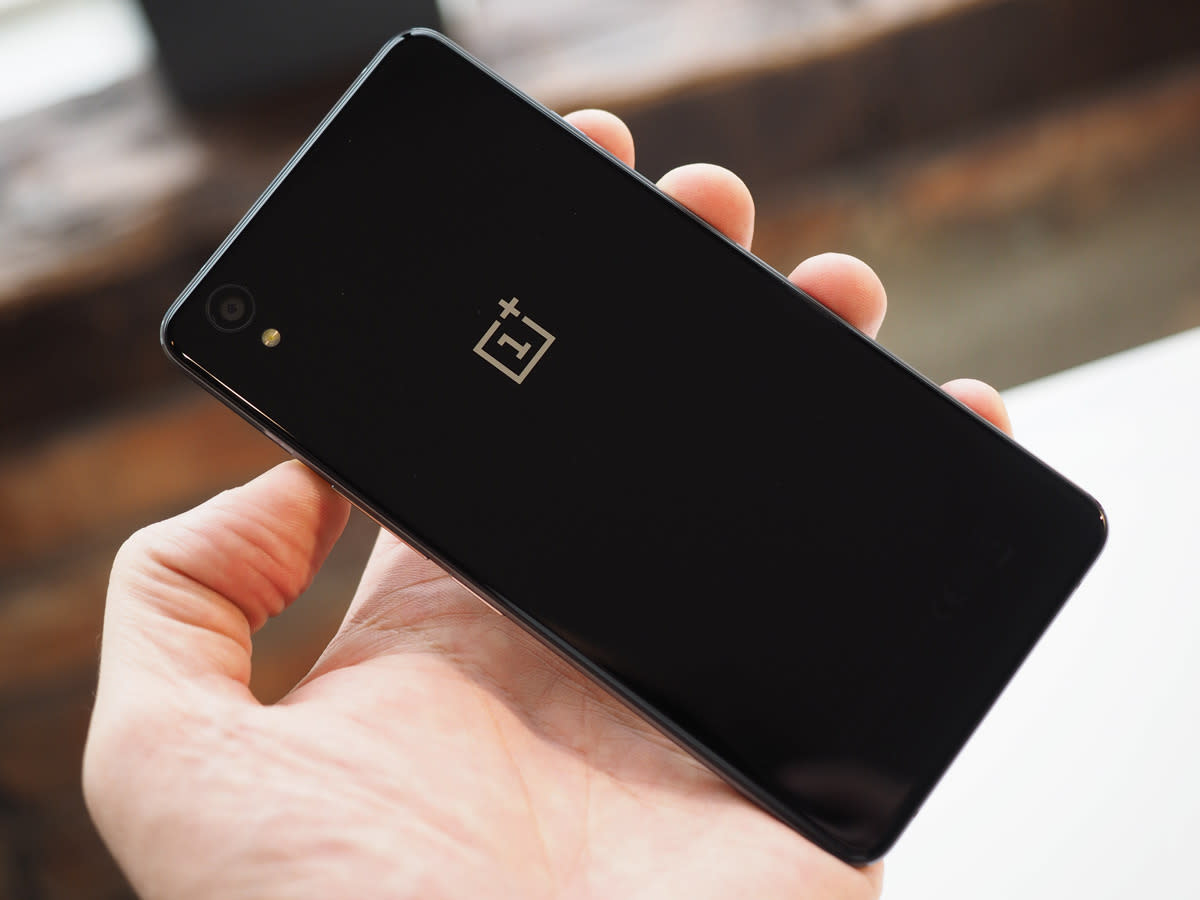 With its first two phones, OnePlus proved that it could deliver flagship-level devices at a cheaper price-point than most of its rivals. Neither were exactly design duds, but for its third handset -- and the second to be unwrapped in 2015 -- OnePlus is focusing on style in particular. It's called the OnePlus X and yes, it has a hint of both the iPhone 4 and iPhone 5 about it. There are two models: the $249/£199 Onyx, which sports a sheet of black glass on the back, and a £269 Ceramic version, which won't be available in the US. In fact, OnePlus is only making 10,000 Ceramic handsets full-stop, so you'll have to be quick if you want one of the company's lucrative invites. Yep, you read that correctly. Once again, OnePlus will be using an invite system to carefully manage customer demand and shipments. So what's inside? Premium components, but nothing that will give this year's crop of Android flagships any trouble. Underneath the 5-inch Full HD AMOLED panel is a Snapdragon 801 processor, which was common in 2014 flagships like the Sony Xperia Z3 and LG G3. There's also 3GB of RAM, a 2,525 mAh battery and a tray for two SIM cards. Space might have been a concern, but thankfully the 16GB of onboard storage is backed up with microSD support up to 128GB. On the reverse you'll find a 13-megapixel camera -- no 4K video recording though -- coupled with an 8-megapixel snapper up front. Turn the phone on its side and you'll find the same alert slider pioneered on the OnePlus 2 -- this lets you switch between three different notification profiles on the fly, all without taking the device out of your pocket. That's not to say the OnePlus X is without some compromises though. There's no physical home button — so you can forget about fingerprint recognition -- and charging is handled over micro-USB, rather than USB-C like the OnePlus 2.

As for the software, OnePlus is sticking with OxygenOS, a mostly clean take on Android 5.1.1. It boasts all of the same software features as the OnePlus 2, save for one new addition -- OnePlus Radio. The app lets you connect to FM stations, which is no doubt aimed at users in emerging markets. It's not exciting, but we're happy with OnePlus' approach here -- there's just 16GB of onboard storage after all, so the less bloatware the better. The OnePlus X isn't a replacement for the OnePlus 2. The company is treating this as entirely new smartphone line, aimed at people that are happy to sacrifice some power for a little more craftsmanship. At $249 (£199), it doesn't have much in the way of direct competition -- in Europe, its closest rivals will be the Wileyfox Storm, the Honor 7 and possibly the Moto X Play. The OnePlus X is more than a mid-range handset, but it's not quite another "flagship killer." It's somewhere in between, and that makes it all the more interesting. The device is set to launch in Europe and India on November 5th and comes to the US two weeks later. The Ceramic edition will be available from November 24th, although of course, both are dependent on you getting an invite. Even if you manage to snag one, there's no telling how long it'll take to actually arrive on your doorstep.

In this article: android, mobilepostcross, oneplus, oneplusx
All products recommended by Engadget are selected by our editorial team, independent of our parent company. Some of our stories include affiliate links. If you buy something through one of these links, we may earn an affiliate commission.