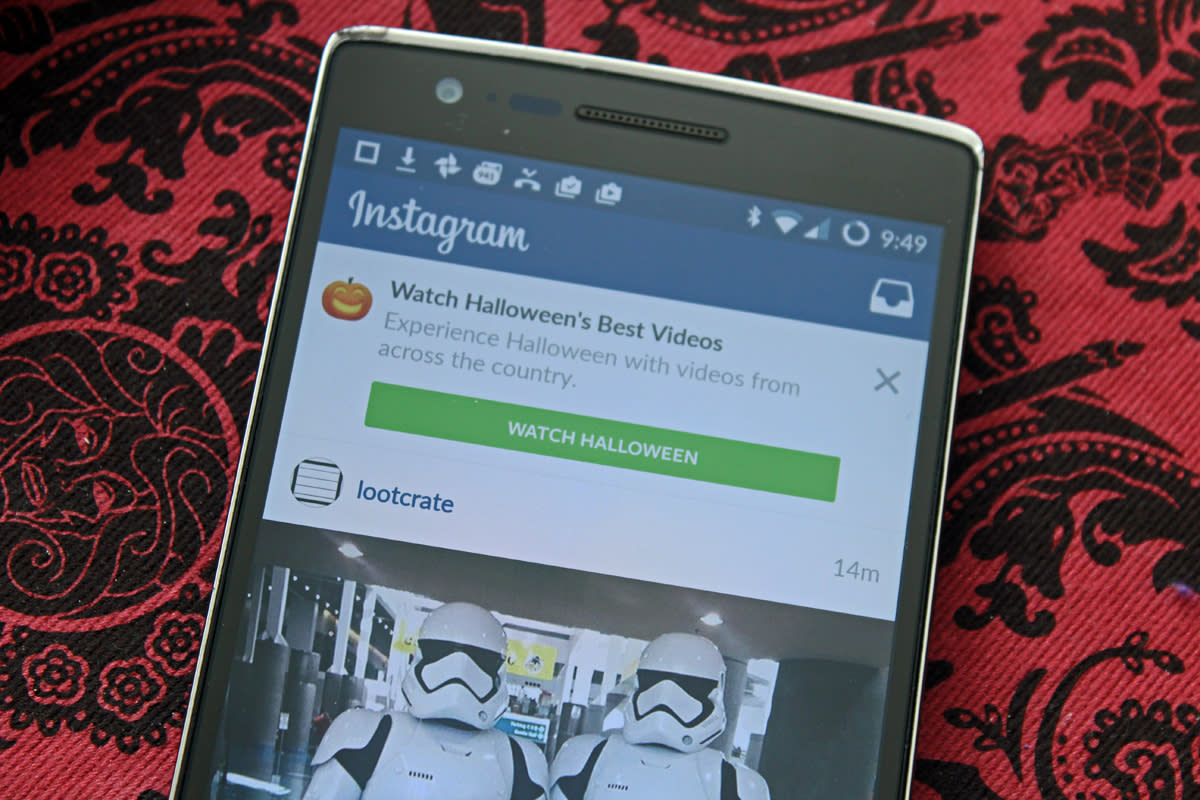 Snapchat has its Stories, Twitter has moments and, as of Halloween, Instagram has 'Best Videos.' It's not the catchiest name in the world, but it delivers. The feature launched with a curated collection of holiday-themed Instagram videos all bundled under a simple headline: "Watch Halloween's best videos." Clicking it presents you with a continuous stream of trick-or-treating, singing, scaring and, of course, Thriller dance-offs.

Truth be told, the ad-hoc video channel is pretty fun -- videos play automatically, but can be skipped or replayed with a simple up/down swipe. The content is pretty engaging too, despite being in 15-second bites. There's a little bit of everything here: dogs dressed as Stormtroopers, video-editing assisted Halloween magic tricks, creepy astronauts and even Miley Cyrus singing "Ghostbusters."

The feature went live at about 1pm on Halloween, but according to WIRED, Instagram continued adding videos to it for about 24-hours -- allowing users to submit their video to the curation team by tagging them with #IGHalloween. The holiday seems to be serving as a trial run for the feature, which will later be used for other holidays, news events and festivals.

In this article: bestvideo, Halloween, holiday, Instagram, instagrambestvideo, instagramvideo, mobilepostcross, social, socialnetworking, video
All products recommended by Engadget are selected by our editorial team, independent of our parent company. Some of our stories include affiliate links. If you buy something through one of these links, we may earn an affiliate commission.