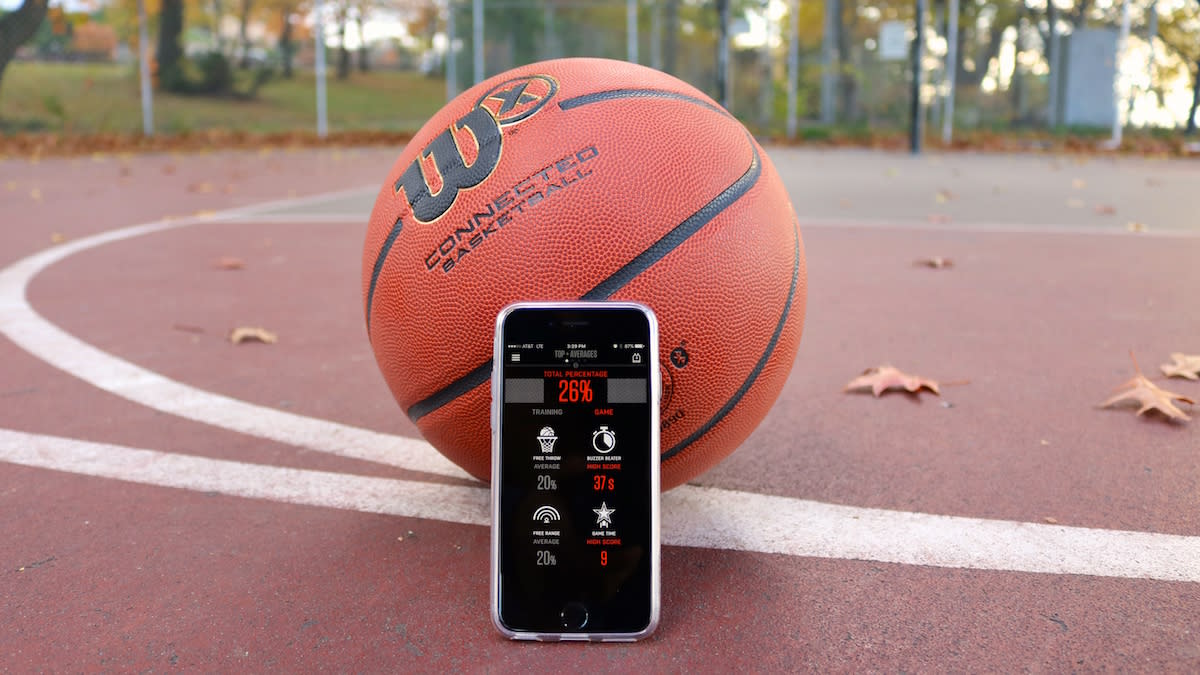 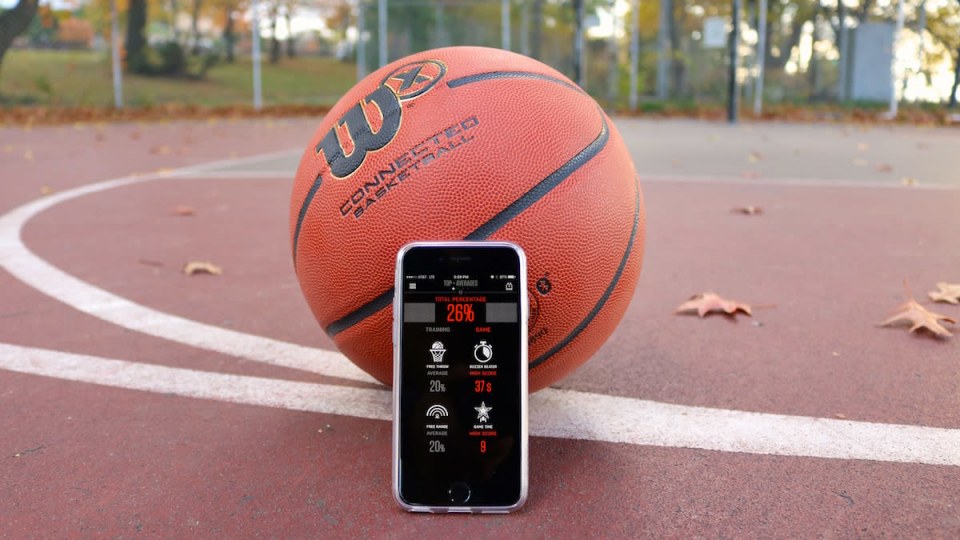 I am not a good basketball player. I am average at best, which is ironic for someone who loves Jordan sneakers. Still, that doesn't keep me from playing the sport recreationally, even if I end up making a fool of myself most of the time. But because I love watching NBA and NCAA games on TV, I enjoy hooping every now and then to pretend I'm the closest thing to Tim Duncan since Anthony Davis. The sad truth, though, is shooting just isn't my forte. That's part of the reason I wanted to take the Wilson X connected basketball for a spin. Launched in September, it promises to improve your scoring skills by keeping track of valuable performance data, including how many shots you're making or missing and your most efficient spots across the court. It is supposed to be the basketball of the future. While the Wilson X can be used like any other basketball, the Bluetooth-powered features inside it are designed to be used for personal training purposes. This is where the companion iOS app (an Android version is in the works) comes into play, as it lets you monitor your stats and achievements all in a single place, with useful graphics and shooting percentage breakdowns based on completed sessions. Speaking of which, here's where you'll find the series of modes that aim to help you boost your attributes. Free Range, for instance, tracks made and missed shots and where on the court those were taken from, but Wilson's tech requires the ball to hit the floor for it to work as intended -- meaning if you have a friend working with you on rebounds, don't let them grab those right off the backboard or hoop. Free Throw is similar, but your shots have to come from the FT line, rather than anywhere on the court.

There's an artificial intelligence playing against you, so the goal is to outscore it with a mix of jump shots and free throws.

The best modes are Buzzer Beater and Game Time, both of which focus on creating timed scenarios to put you under pressure. With Buzzer Beater, the clock ticks down and you have to make shots to keep the clock running; the more you make, the longer you're able to keep going. Game Time, meanwhile, is all about you moving around the court and trying to score as much as possible. There's an artificial intelligence playing against you, so the goal is to outscore it with a mix of jump shots and free throws. What makes these modes fun is that there's audio that goes along with them, intended to create a game-like atmosphere for you to listen to while you're taking shots. It's a nice touch from Wilson, but you need a set of speakers or headphones, preferably in-ear for comfort, to take advantage of this feature. When you piece all of this together, Wilson's X connected basketball is a no-brainer. However, there's one main problem: The ball isn't completely accurate, and that's a major blunder. During my time playing with it, the Wilson X sometimes registered missed shots as made. It didn't happen with every session, but enough for me to notice it wasn't tracking my shots properly. The whole point of the ball is to record your information in detail and use it to help you get better, and if it doesn't do that meticulously, then the feeling is you're not getting your $200 worth.

The ball isn't completely accurate, and that's a major blunder.

The pairing process between it and the app is also a bit tedious: You have to throw the ball up in the air and then wait for the application to recognize it. Unfortunately, this didn't work on the first try half of the time, either. It would be much easier to tap the smartphone on a certain spot on the ball and have them be paired instantly, but that's not the case here. Instead, I had to pair the ball to my iPhone constantly, right before I wanted to start each game mode. Now, unlike other connected sporting balls, such as the Adidas miCoach Smart Ball, Wilson's doesn't need to be charged ever. The company claims it'll last up to 100,000 shots, which means you would have to take about 300 shots per day, every day, for a year before the X runs out of power. If you manage to do that, you'll have to buy a second unit.

It's a shame that the Wilson X isn't perfect, but it gives us a glimpse at where sports such as basketball are headed. Down the line, the NBA, NCAA and other leagues around the world could end up using this type of technology as part of their training curriculum, or it could be beneficial for players working out during the off-season. The upside is that, since this is a connected device, Wilson does have the benefit of trying to fix some of the X ball's flaws via firmware update -- and let's hope it does. For now, if you are thinking about buying it, be prepared to deal with a few hiccups along the way.