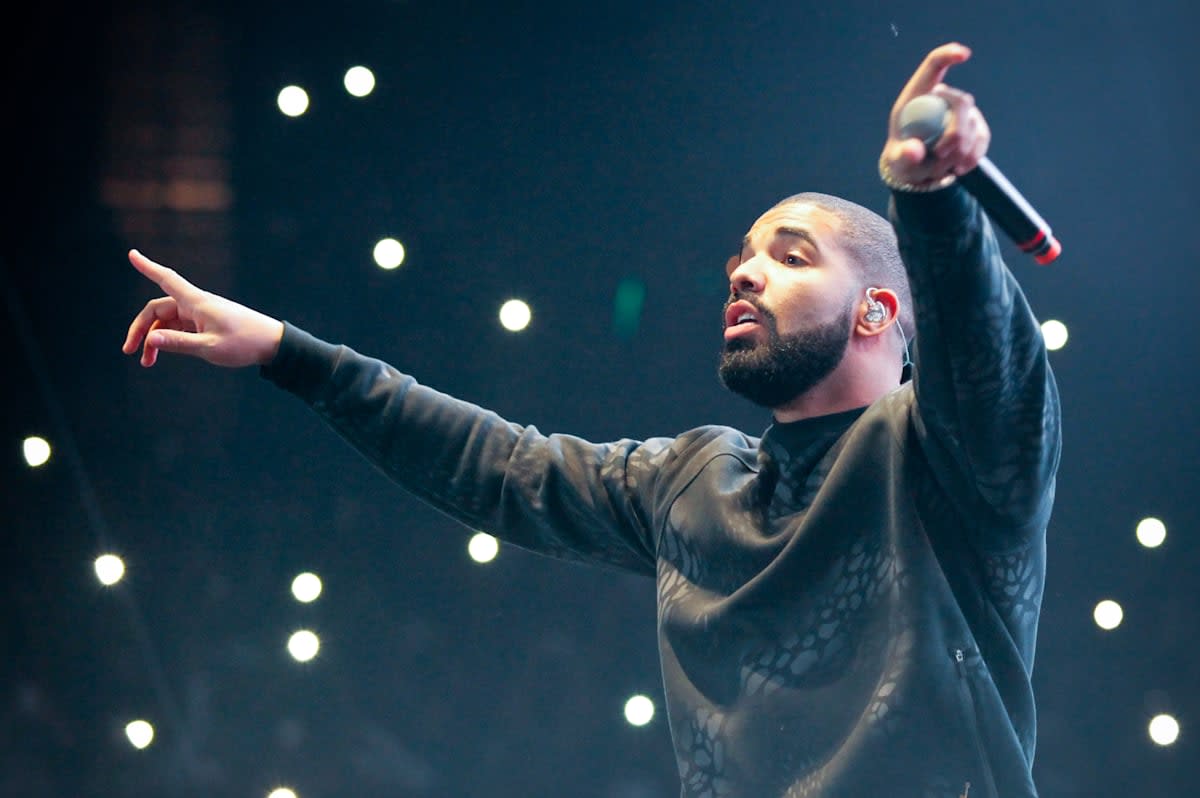 Drake's unique dance moves may have grabbed the internet's attention as of late, but the rapper's popularity on Spotify spans all of 2015. The streaming service revealed its end of the year numbers today, and Champagne Papi is the most popular artist this year worldwide. However, Drake's If You're Reading This, It's Too Late wasn't the most popular album of year around the globe (it was in the US) as that accolade went to The Weeknd's Beauty Behind the Madness.

Despite how tired you may be of hearing that new Adele single, and due to the fact that Taylor Swift isn't on Spotify, the most streamed song of 2015 is bit a of a surprise. The most popular track of the year is Major Lazer's "Lean On," and its 540 million streams also made it the top song of all time on Spotify. The lack of T-Swizzle and Adele's new album also propelled Rhianna to top female artist with over a billion streams for the year. That's kind of ironic too, given her involvement with Tidal.

2015 also saw Ed Sheeran take over the most popular artist of all time on Spotify with over 3 billion streams and counting. In total, Spotify's 75 million listeners streamed 20 billion hours of music since January, helped by the Discover Weekly feature that notched 1.7 billion streams in its first five months. All of those numbers pushed the streaming services' app to the top spot globally on both iOS and Android, too. According to App Annie, Spotify passed Pandora over the last year as the station-driven app still the most popular option for music on iOS.

In this article: audio, av, entertainment, internet, music, musicstreaming, spotify, streaming
All products recommended by Engadget are selected by our editorial team, independent of our parent company. Some of our stories include affiliate links. If you buy something through one of these links, we may earn an affiliate commission.