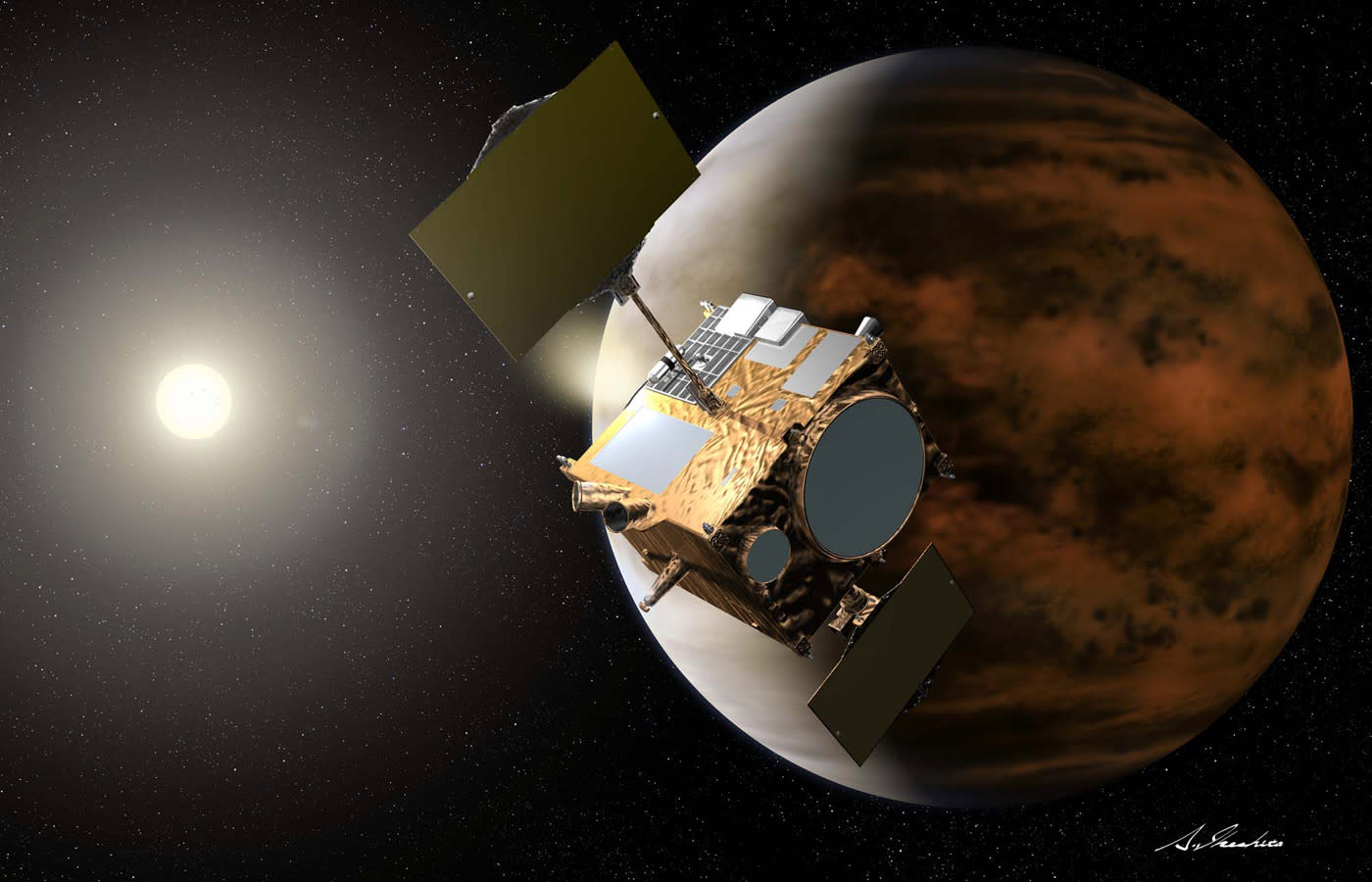 Japan tried and failed to get its Akatsuki ("Dawn") probe into Venus' orbit back in 2010, and the spacecraft has been stuck orbiting the Sun ever since. However, the team is about to get another chance at completing its intended mission. Controllers plan to fire the ship's engines on December 7th at 9AM Japan time (December 6th 7PM ET), hopefully giving it just enough of a push to (eventually) get it circling around Venus. They'll know whether or not the burn worked properly within a few hours, but it'll take a few days before they know if they're in orbit.

Update: The attempt is happening in just a few minutes, for live updates you can watch a stream of the data and control center, or follow Emily Lakdwalla on Twitter.

The irony is that this may not be the toughest part. Akatsuki is warmer than planned due to its extended trip around the Sun, and most of its equipment has been sitting idle. There's a concern that it'll settle into place with no way to capture the planet below. It'll also be in an elliptical orbit that will extend the time it takes to collect meaningful data. Even so, it'll likely be worth the effort -- when the next Venus mission might not be ready for years at best, this could be humanity's best shot yet at studying one of its closest planetary neighbors.

In this article: akatsuki, JapanAerospaceExplorationAgency, jaxa, probe, science, space, spacecraft, venus
All products recommended by Engadget are selected by our editorial team, independent of our parent company. Some of our stories include affiliate links. If you buy something through one of these links, we may earn an affiliate commission.