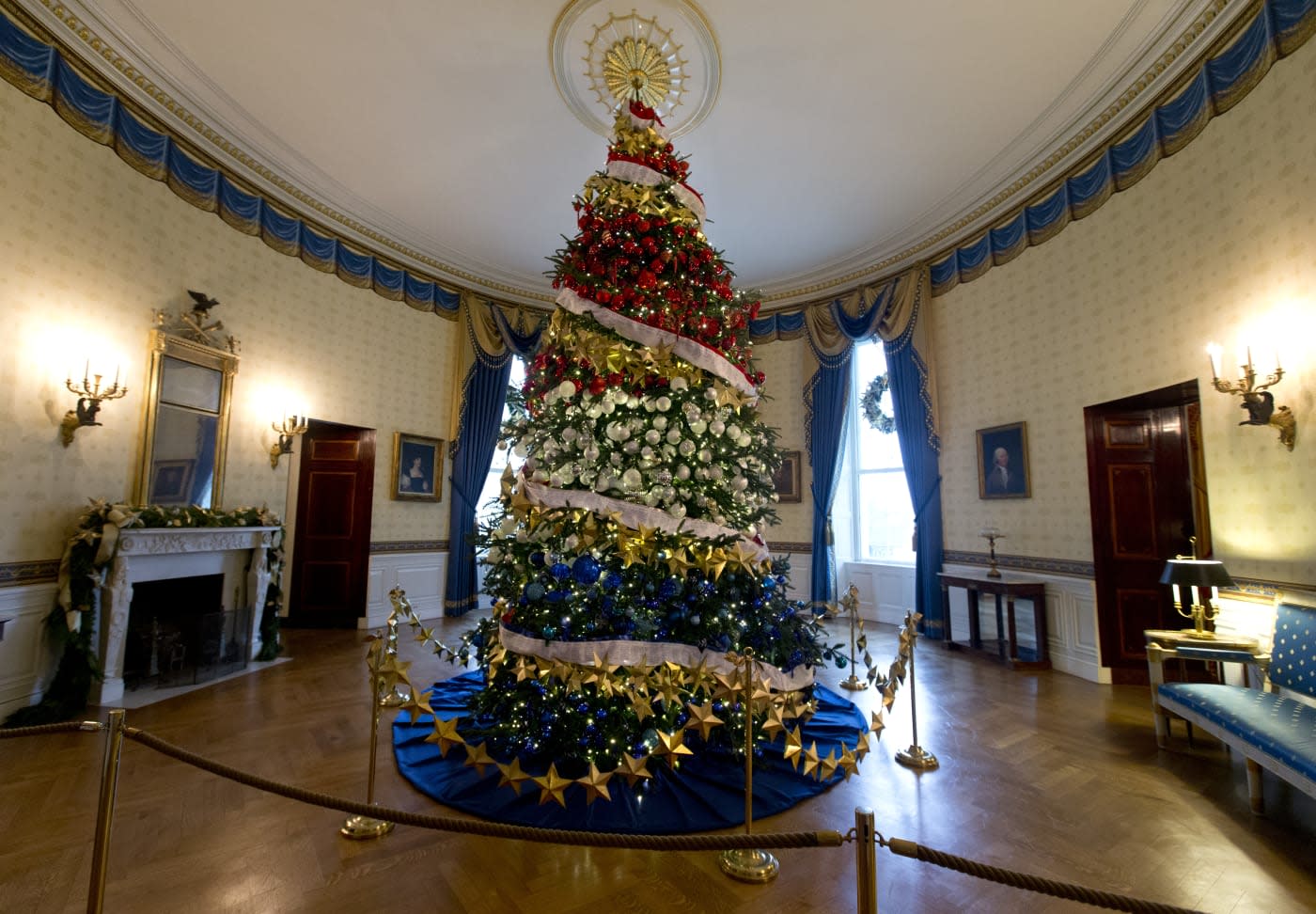 Think your Christmas decorations are impressive this year? Think again. Google has released a 360-degree video of the White House today which shows off some of its most impressive Christmas trees and ornaments. The tour winds through a number of lavish rooms and corridors, including the East Colonnade, the East Garden Room and the White House Library, as well as the Vermeil Room and the China Room. It only lasts for five minutes, but during that time you can look around or simply kick back and listen to the narrator explain every bauble and tinsel-covered branch.

The experience was captured using one of Google's Jump rigs, which consists of 16 camera modules in a circular formation. The contraption was co-designed by GoPro, and costs a steep $15,000 -- although for that price, you also get access to Google's "assembler" software, which stitches together the different video feeds into one seamless 360-degree video.

You can take the White House tour by popping your Android phone into a Google Cardboard, or by simply playing the video on YouTube and panning around with your iPhone or iPad. Google says it's also made a Google Expedition version so that teachers can guide Cardboard-equipped groups around the building, highlighting points of interest along the way.

In this article: 360video, culture, google, googlecardboard, googlejump, googlejumpvr, gopro, internet, virtualreality, vr, whitehouse
All products recommended by Engadget are selected by our editorial team, independent of our parent company. Some of our stories include affiliate links. If you buy something through one of these links, we may earn an affiliate commission.