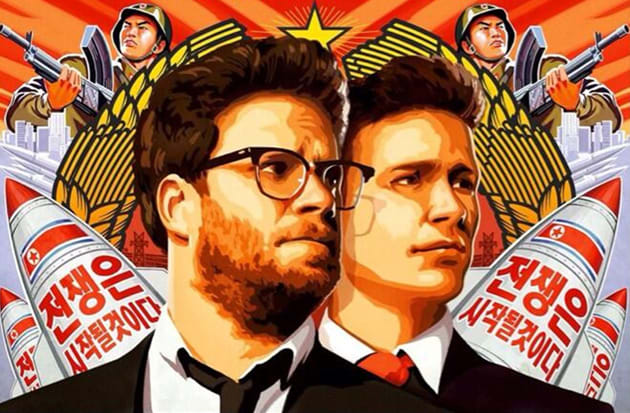 Despite suffering a crippling hack and being warned off distributing its new movie, Sony Pictures took the decision to release The Interview, becoming one of the first major studios to release a big feature online and in cinemas simultaneously. The tactic appears to have worked, as the film notched up $15 million in digital US rentals and became Sony's most popular online movie ever after just four days on sale. With things now starting to simmer down, the studio has made plans to cast its net wider, which means moviegoers in the UK can finally (legally) see what all of the fuss is about come February 6th.

However, if you were expecting download the movie, you might be disappointed. Sony won't make the film available on iTunes, Google Play, YouTube and other movie services right away, choosing instead to limit it to cinemas. It comes as a surprise given that it's now made $31 million online and amassed just $5 million from its limited theatre release. That means it only needs to make another $8 million surpass its original budget.

Sony just confirmed with us that The Interview will be released in the UK on February 6, only in cinemas.

Source: Empire Magazine (Twitter)
In this article: av, entertainment, hdpostcross, james franco, north korea, seth rogen, sony pictures, the interview, TL18NKHCK, uk-feature
All products recommended by Engadget are selected by our editorial team, independent of our parent company. Some of our stories include affiliate links. If you buy something through one of these links, we may earn an affiliate commission.