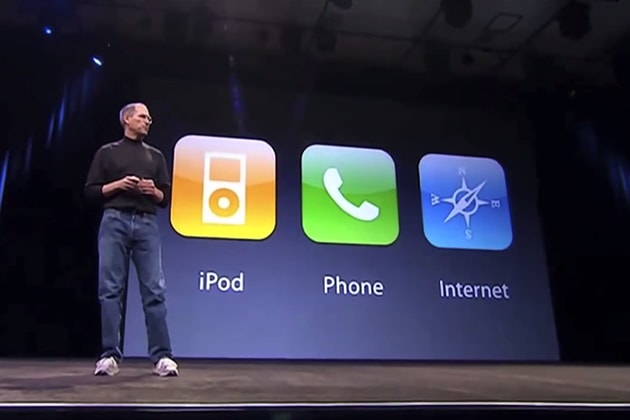 In less than a decade, Apple completely changed the world of personal computing, and the music industry in the process. First came the iPod and the iTunes Store; then the iPhone and App Store; and then the iPad. The Apple of the 2000s was an exciting company to follow. It's just not that company anymore. Instead, it's spent the past few years slowly improving its admittedly great cash cows, iterating and iterating and iterating. It's made cheaper iPhones, bigger iPhones and even gave in and made a phablet. It's made cheaper iPads, smaller iPads and is apparently planning a bigger iPad. It's made cheaper MacBooks, smaller MacBooks... you get the point. Its latest project, the Apple Watch, sure looks like a smartwatch, and it might be very successful, but is it doing anything totally unique? Is it really exciting? No.

The 2000s Microsoft, on the other hand, spent its years trying to fix Vista, Internet Explorer and Windows Mobile -- playing catch-up. Apart from the success of the Xbox 360, it had a pretty rough time, even if it was never in trouble financially. But let's briefly summarize what Microsoft, energized by the appointment of Satya Nadella as CEO almost a year ago, just showed us. An operating system that runs universal apps across PC, tablet, phone and Xbox One. Streaming games from your home console to any Windows PC or tablet. A voice assistant for your PC that seems like a prequel to Scarlett Johansson's AI in Her. HoloLens. I mean, HoloLens! Microsoft is promising to make the distant dream of functional AR a reality very soon. It even held people's attention while showing off a new enterprise PC.

Google, the final company in the fabled "big three," has always been the upstart. It's fresh, exciting and full of ideas. Some of them are good, and completely change their industry; some of them are bad, and fizzle out. But they're always something. Project Ara's modular smartphones are truly exciting, and progressing well; Project Loon -- the idea of beaming internet down to developing or rural areas from balloons in the stratosphere -- is pretty incredible; and sure, Glass might be leaving us temporarily, but with the creator of the Nest onboard and Google's massive investment in augmented reality company Magic Leap, you can be certain it'll be back. So what about Apple?

Apple is the mid-2000s Microsoft. Its revenues are as healthy as ever, but it's become a company that seems to make things just because it has to, that doesn't take risks, that plays catch-up. The closest it's come to a really exciting announcement in recent years was the launch of a niche pro desktop PC.

Microsoft just showed the world some crazy exciting stuff. Holographic computing might not be all it's chalked up to be. HoloLens might never take off. Maybe people don't want to talk to their computers. We'll see. But Microsoft is trying to excite, or, to borrow an Apple buzzword, "delight" us all. If you're a huge tech company, you should be trying to do that every day. Apple might be trying, but it's not succeeding.

In this article: apple, editorial, google, microsoft, windows10event2015
All products recommended by Engadget are selected by our editorial team, independent of our parent company. Some of our stories include affiliate links. If you buy something through one of these links, we may earn an affiliate commission.