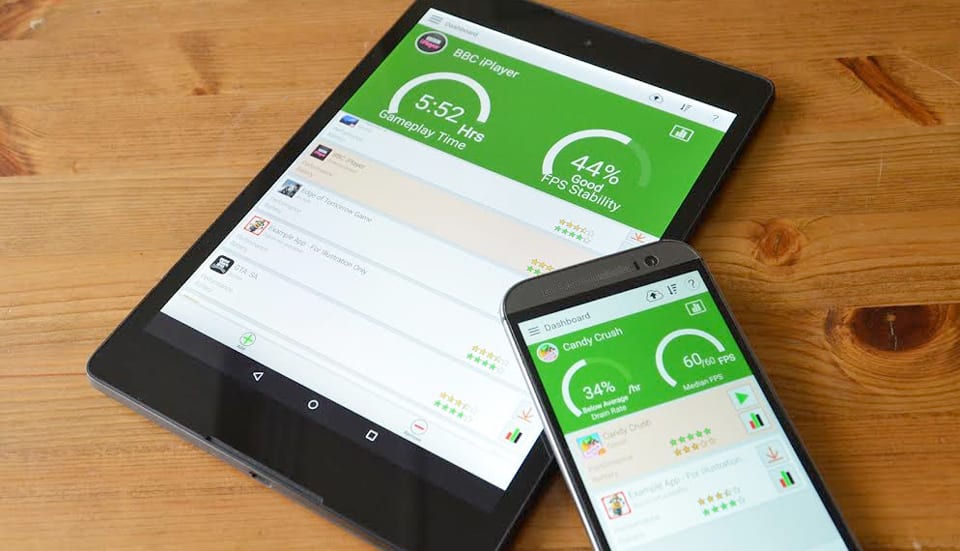 There's been a lot of talk about how phones from certain manufacturers can sense when you're running benchmarking software and will artificially inflate their performance accordingly. It's been a problem for some time now, but the industry appears to be finding its own ways of dealing with the issue. ARM, the outfit that designs the bulk of the smartphone industry's chips, has teamed up with British startup GameBench to make benchmarks not only more honest, but also a lot more understandable.

When we talk about benchmarks, we usually mean an arbitrary number that's been cranked out by Vellamo or SunSpider. This number has some value when you're comparing two devices against each other, but tells you very little about how a specific device would run, say, Asphalt 8 in the real world. GameBench's approach is to benchmark devices around real-world scenarios, like the frames-per-second you'll get on the aforementioned title, or how many hours of Netflix you'll get before you need a recharge.

Now that ARM has licensed GameBench's source code it, along with its partners, can use the information to make chips more efficient. The hope being that future handsets can be tweaked to perform these common, real world tasks better and avoid the need to cheat a benchmark. Hell, maybe we can even imagine a world in which mobile benchmarks and hardware specs are replaced with more meaningful information. Maybe we're but a few years away from a day when you'll decide your next purchase based on how many episodes of House of Cards you can watch in a single sitting.

Source: GameBench
In this article: ARM, Benchmark, Benchmarking, Benchmarks, GameBench, google
All products recommended by Engadget are selected by our editorial team, independent of our parent company. Some of our stories include affiliate links. If you buy something through one of these links, we may earn an affiliate commission.