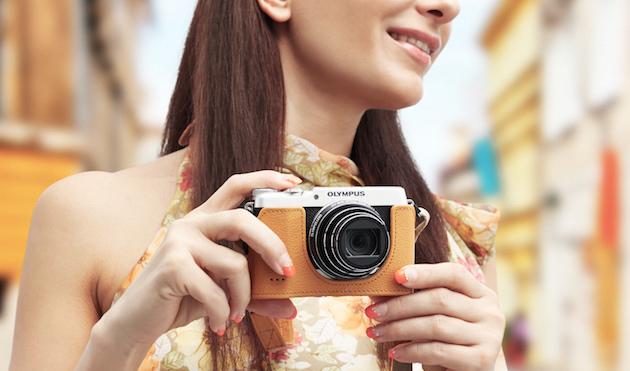 Due to the popularity of smartphones, camera manufacturers have had to scramble trying to find ways to keep their products relevant. And Olympus is no stranger to this. Now, the company has announced its Stylus SH-2, a point-and-shoot camera that's using retro looks to, hopefully, appeal to the masses. Like they say, however, looks aren't everything. As such, Olympus is making this compact cam beautiful on the inside too, featuring a RAW capture mode, 5-axis image stabilization, WiFi and the ability to shoot 1080p video at 60 fps. Just as important, the Stylus SH-2 comes with a 16-megapixel sensor and 24x optical zoom lens (24-600mm wide-angle equivalent) -- similar to what we saw on the Stylus SH-1, which was introduced last March. It'll be available in black and silver next month for $400, while the companion carrying cases will be sold separately. 16
In this article: Camera, Olympus, Olympus Stylus SH-2, OlympusStylus, OlympusStylusSH-2, pointandshoot, Stylus SH-2, StylusSH-2
All products recommended by Engadget are selected by our editorial team, independent of our parent company. Some of our stories include affiliate links. If you buy something through one of these links, we may earn an affiliate commission.