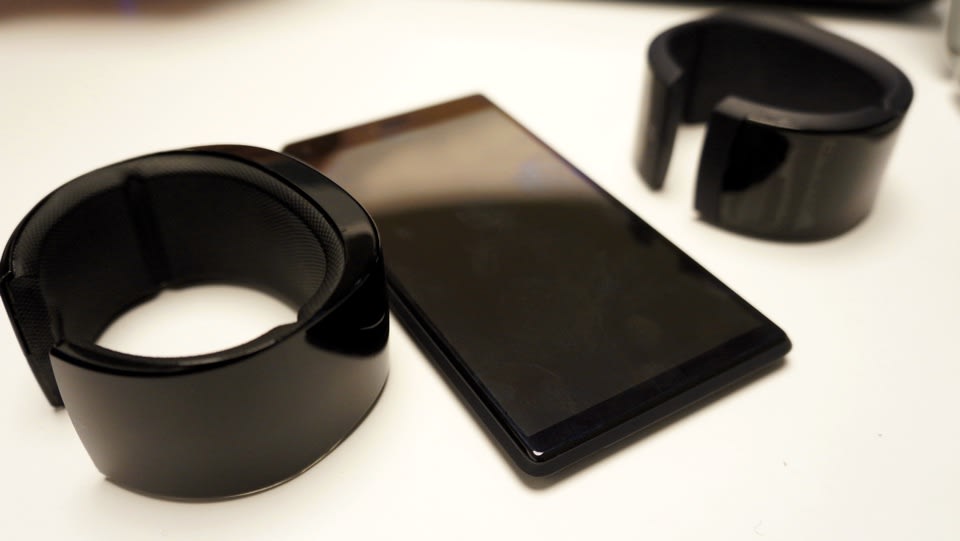 Technology is all about big ideas, and this one from Simon Tian will probably need its own aircraft hangar. The creator of the Neptune Pine believes that it's time for us to ditch our smartphone, laptop and set-top-box in favor of the Neptune Hub. As we reported, the Neptune Hub is a wrist-worn computer that crams the guts of a smartphone into a chunky plastic bracelet. Instead of using the hardware as a phone, however, users are encouraged to bring along a dumb screen that connects to the Hub. But that's the beginning of Tian's idea, not the end.

You see, the Hub is designed as the single mobile computer you need in your life, replacing the brains of a phone, tablet, laptop and set-top box. Instead, the Neptune Suite is a group of anonymous-looking devices that look like those things, but are actually just secondary displays for the computer on your wrist.

For instance, if you want to make a call and read some emails, you connect the 5-inch Pocket Screen over WiGig to the hub. When you're done, and you want to browse the web, you simply swap put the "phone" down and pick up the 10-inch Tab Screen. Should you need to get some more serious work done, you can team the Neptune Keys (keyboard) with the Tab Screen to create an ersatz laptop. Finally, vegging out in front of Netflix can be achieved by switching over to the Dongle, a HDMI-dongle that slots in the back of your HDTV.

The benefit of all of this is that since all of the other devices don't need their own computing hardware, the whole package is cheaper. In addition, the two screens are, broadly, just batteries with displays attached, which Tian hopes will offer long usage times.

But wait, folks, that's not all, since if you purchase the Neptune Suite, you'll also get a pair of fancy wireless headphones. The whole bundle is being offered on Indiegogo, with the earliest of birds able to snag the whole set for just $599, while Johnny-come-lately customers have to spend $649. It's a bit of a steal, since the final retail price will be around $949, but since that's roughly the price of a flagship smartphone for -- potentially -- five devices it's pretty reasonable. If there is one downside, it's that it won't begin shipping until February 2016. 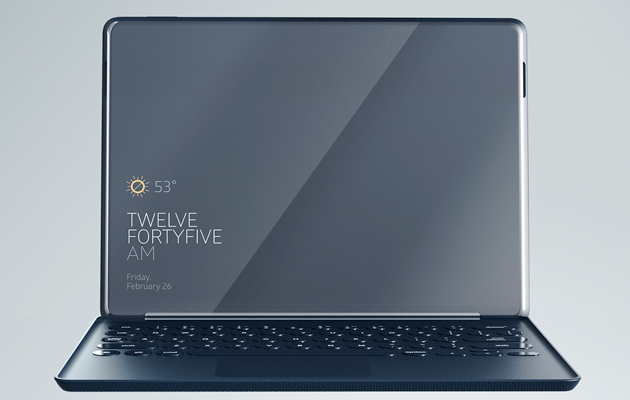 Of course, there are more than a few questions that are, as yet, unanswered -- like if there's really a demand for people to abandon their existing watches, phones, tablets, laptops and dongles. It's also not clear if WiGig can offer the latency-free working necessary to make you think that you're using a regular device. In addition, what would be the effect if you needed to make a bathroom break during a movie? Would you be forced to take the device off to prevent having any fiddly restarts? In answer to that third question, Tian says that should your bathroom be further than 40 feet away from your TV, the connection will cut off but reconnection only takes two seconds.

Given the amount of money thrown at the original Pine, it's clear that Neptune has the hearts and minds of a devoted group of gadget fans. Taking this hardware into the mainstream might be a harder sell, since it basically asks you to ditch all of your existing technology. Still, maybe it's one more big idea that everyone will turn out to love. We'll just have to wait and see.

Source: Indiegogo (Neptune)
In this article: accessories, computer, display, neptune, neptuneduo, neptunehub, neptunesuite, screen, wearable, wearables
All products recommended by Engadget are selected by our editorial team, independent of our parent company. Some of our stories include affiliate links. If you buy something through one of these links, we may earn an affiliate commission.