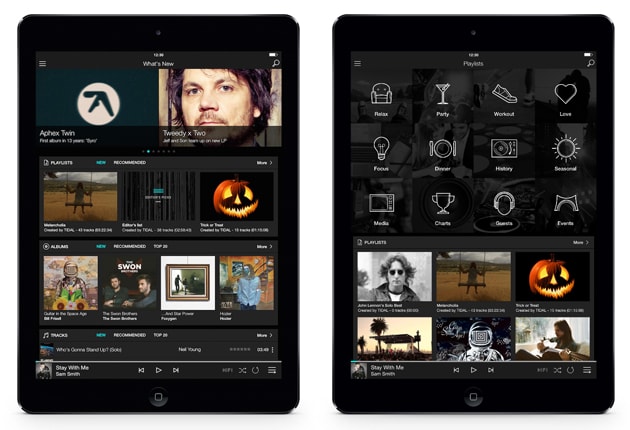 If the ability to stream Taylor Swift's music has you eyeing Tidal, Jay Z & Co. just sweetened the deal. Ahead of a relaunch event this evening, the streaming service cut it's monthly rate in half. That's right, instead of shelling out $20 for spinning the lossless catalog, you'll now need to commit $10 per month. According to the company's Twitter account, the drop in price doesn't mean that you'll get access to less, either. Subscriptions still include the same content, with high-definition streaming being the key feature. The move allows Tidal to compete with the likes of Spotify, Rdio, Beats Music and others when it comes to pricing. What's more, early reports indicate that exclusive content and artist partnerships are two things Mr. Carter hopes will lure eager listeners to the service. While the finer points are unclear right now, we'll surely get a clearer picture during the event that's set to begin at 5PM ET today.

Update: Turns out, that price drop is for an entirely new tier. The $10/month rate is for a regular version, while lossless streaming will still set you back $20 -- similar to Deezer's $5 and $15 options for Premium+ and Elite.

Source: Tidal (Twitter)
In this article: audio, jay z, jayz, mobilepostcross, music, musicstreaming, streaming, subscription, tidal
All products recommended by Engadget are selected by our editorial team, independent of our parent company. Some of our stories include affiliate links. If you buy something through one of these links, we may earn an affiliate commission.