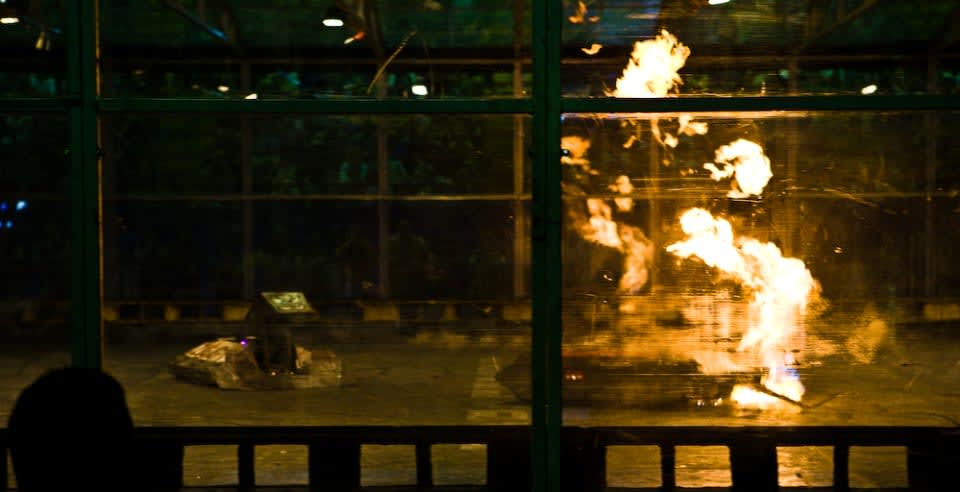 We knew the Battlebots TV show would crawl out of its early 2000s grave for another six episode run on ABC, and now the network has announced when. Sunday June 21st at 9PM, Battlebots will once again light up screens with robot vs. robot combat, now enhanced with the elimination of weight classes, the addition of onboard cameras and "a greater emphasis on the design and build elements of each robot." The competitions didn't actually stop once Comedy Central turned the TV lights out in 2002, so in a few months we should see how a decade or so of maker culture has advanced the sport -- as long as the producers' desire to add backstory doesn't get in the way. Hey, it can't be worse than Fuller House.

"BattleBots" is a reimagined take of the killer robot combat sport from Whalerock Industries and the creators of the original "BattleBots" franchise, Ed Roski and Greg Munson. The homemade robots will battle against each other, in a single elimination tournament style format, until there is one champion. The six episode series features next generation robots – bigger, faster and stronger than ever before. The show will have a greater emphasis on the design and build elements of each robot, the bot builder backstories, their intense pursuit of the championship and the spectacle of the event. Separate weight classes will be eliminated so that robots of all sizes will battle against each other. State of the Art Onboard Technology and Cameras will provide audiences with enhanced viewing and combat analytics. There will be cash prizes for winners in the Championship Rounds. MGM Television, which has a development deal with Whalerock Industries, will be distributing the program internationally. Executive Producers are Lloyd Braun, Chris Cowan, Ed Roski and Greg Munson.

In this article: ABC, battlebots, comedycentral, hdpostcross, reboot, robotcombat, summer, video
All products recommended by Engadget are selected by our editorial team, independent of our parent company. Some of our stories include affiliate links. If you buy something through one of these links, we may earn an affiliate commission.